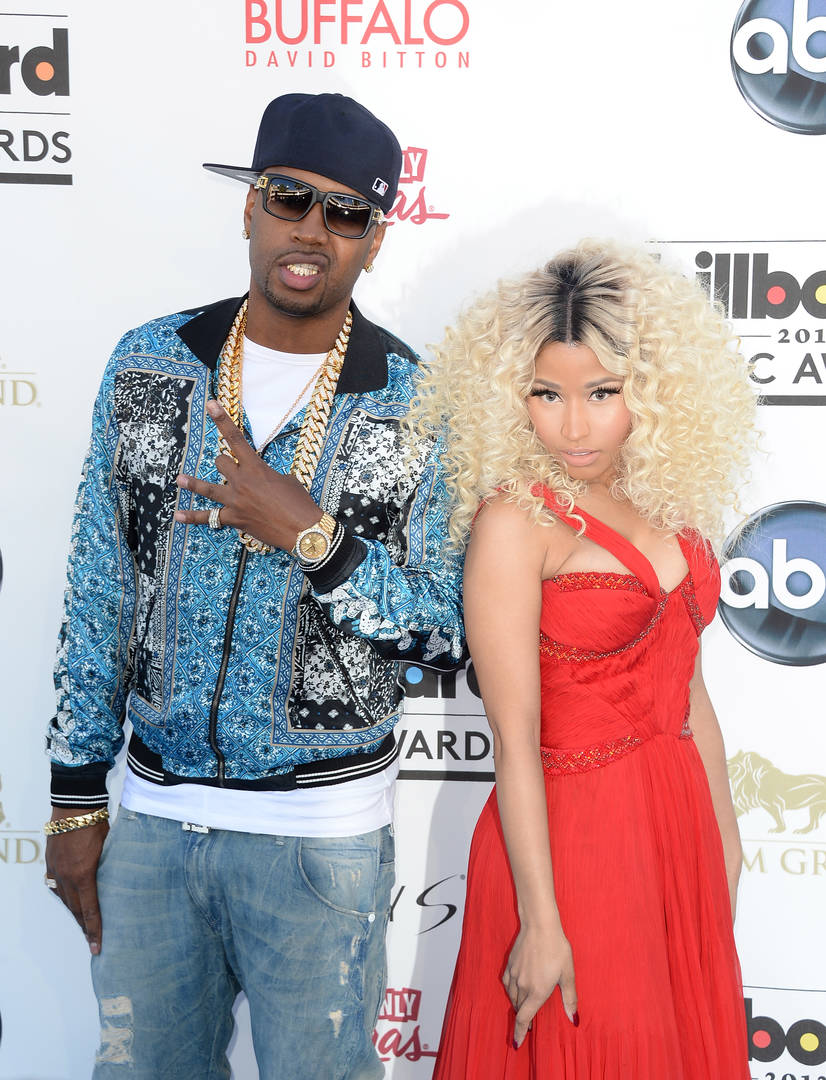 “I Thought He Was A Gay Guy”

When she worked with Nicki, she fully believed Safaree was her hype man and “helper.”

She’s known for being instrumental in developing the careers of major artists including Gucci Mane and Waka Flocka, but Deb Antney deserves her flowers for her work with Nicki Minaj early on in the rapper’s career. The Growing Up Hip Hop Atlanta star worked with the rising rapper before she was a worldwide sensation, and Antney also had a firsthand look at Nicki’s romantic relationship with Safaree Samuels—except she now claims she had no idea that the pair were a couple. Instead, Deb told Drink Champs that she believed Safaree was the Queen emcee’s gay friend and hype man.

“Craziest sh*t is—I know I really shouldn’t say this, bless my heart—I never knew that her and Safaree was going together,” admitted Deb. “Yeah, I thought Safaree was…I thought Safaree was a gay guy that she hung out with and he was her helper.” Everyone began speaking over each other as some agreed with Antney.

“Listen! We went when I was booking her out, she’s like Deb, ‘I need two rooms,'” Deb continued. “But the two rooms wasn’t for him ’cause she would get dressed in the other room. But Safaree was—I didn’t know that they were together. I never knew until he took my car from her and she called me to lock him up and then he called me and that’s when he broke down everything.”

“He broke down everything, that they was together for the year. I didn’t even know. She never—that’s one thing about her, she never gave any inkling that anything was going on with them,” said Antney. “I just thought he was…God forgive me. I thought he was just a gay guy that was helping her and he was her hype guy or something. I just never knew anything.”

Antney did note that Safaree “put his career on” hold for Nicki so she could get her shine. Check out the clip of Deb Antney speaking about Safaree and Nicki’s relationship with Drink Champs below.

Fredo Bang Explains Why Kevin Gates Is A “Whole Other Monster”