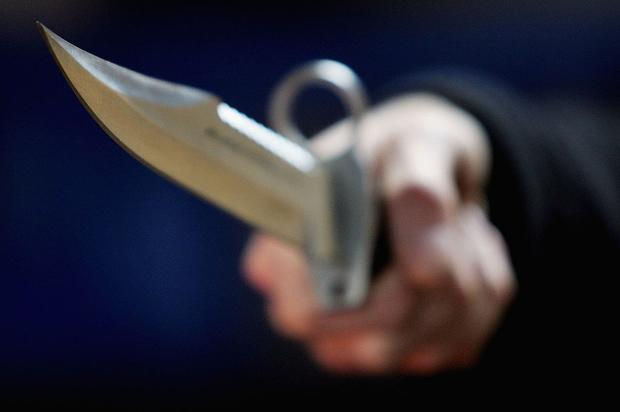 Spanish Rapper Accused Of Cutting Off Roommate’s Penis For Clout

Clout is one hell of a drug… We’ve witnessed people do some pretty wild, and sometimes despicable, things for the sake of a few likes on social media. Lil Pump has taken videos of himself urinating on his money, before being forced to pick up the cash and put it back in his wallet. A woman was also recently given national media attention for spraying Gorilla Glue on her hair. In Spain, clout is still making people do crazy things, with the most recent case coming out of Zaragoza.

According to The Scottish Sun, Spanish rapper Aaron Beltran is accused of cutting off his roommate’s penis for a video posted on the internet. The victim, identified solely as English teacher Andrew B, reportedly offered Beltran a deal determining the final payment rate based on how many likes the video got online. State prosecutors are currently investigating and want to see Beltran jailed for four and a half years if he is found guilty.

The disgusting amputation was reportedly carried out in March 2019. Beltran and his alleged victim reportedly drank four bottles of white wine and took Valium to muster up the courage to complete the act. The teacher was found bleeding profusely, which prompted cops to search their apartment, finding his severed organ inside of a plastic bag. The man’s penis was surgically re-attached on the same day and is reportedly fully functional.

In terms of how much Beltran paid, the minimum payment was reported to be £173 and the maximum was £2,164. The rapper’s alleged victim has not pressed charges. Beltran’s lawyer is expected to claim that the man is not responsible for the amputation and that the procedure was “consensual.”

The video of the act has been removed from the internet.