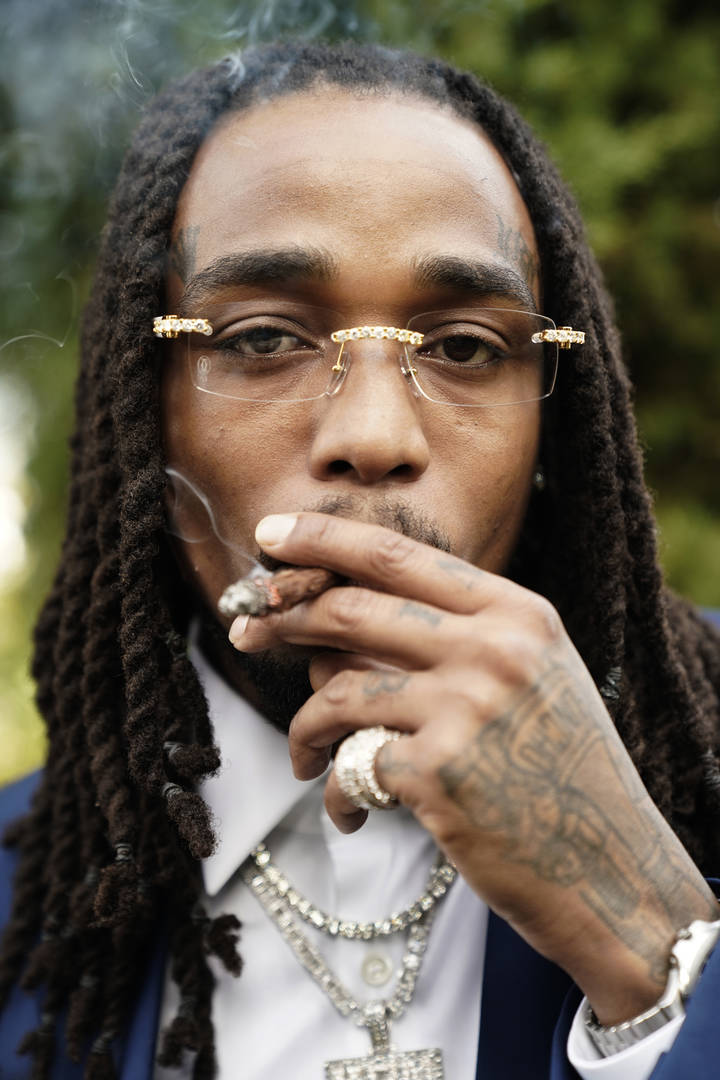 Quavo has nothing but praise for Robert De Niro after starring alongside the veteran actor in the upcoming film, “Wash Me In The River.”

Fans are still waiting for Migos‘s next studio album which they insist is on the way. In the three years since the release of Culture II, Quavo, Offset, and Takeoff have released solo projects, and expanded into other business ventures. Offset, for example, got deeper into the worlds of fashion and gaming.

Quavo’s star-power has landed him a spot in the upcoming major motion picture, Wash Me In The River, alongside veteran actors Robert De Niro and John Malkovich. He said that he plays a “ruthless killer” named Coyote in the film. “It’s just an honor to be on the screen with Robert De Niro, Jack Huston, and John Malkovich. I’m just blessed and I can’t wait for y’all to see it,” he told Billboard, adding that it’s an action-packed film that was shot in Puerto Rico.

Even for someone like Quavo, who’s been an A-Lister for years, interacting alongside De Niro, Malkovich and Huston was admittedly a surreal experience for him. He said that he did chop it up with De Niro off-screen who shocked Quavo when he said he knew who the Migos were. “I said what’s up to him. I told him I said a line in one of my new songs about the trip I just took, and he was just like, ‘For real. M-I-G-O-S, right?’ I was like, ‘Yeah, he’s finna go home and look me up.’ It was too hard,” he said. “I couldn’t wait to tell my Mom dukes that I’m gonna be on the screen and kicked it with him. He’s a nice dude.”

In terms of new music from Migos, Quavo provided a promising update for fans, especially if you’re hoping they really take it back to their roots. A large portion of the project appears to have been recorded at their Los Angeles compound but Quavo said, “We always on them times mentally.”

“We always on them time when we away from each other and together back on the North. I just feel like it’s going to all be in the music,” he said.

Are you excited for Migos’ next album?