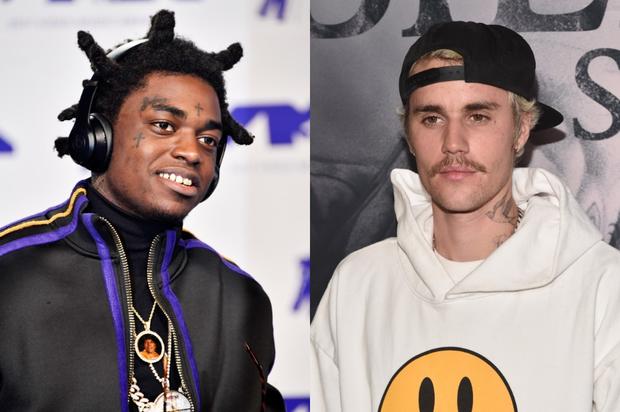 Kodak Black wants to lock in with Justin Bieber.

Kodak Black already dropped off a few tracks since he’s been home but it seems that he’ll be taking his time with his next project. The wait will likely be worth it, given that he has a lot to talk about these days. His stint behind bars continued to make headlines due to allegations of torture and abuse at the hands of C.O.’s. Plus, his ties to Trump will likely make a few mentions in his upcoming releases.

It appears that Kodak Black might be aiming to release his most commercially-appealing album to date. Though he’s already a chart-topping, platinum-selling artist, he called on Justin Bieber for a collaboration during a recent Instagram Live. A fan asked him to collaborate with the Canadian pop sensation on the live stream which Kodak agreed to do. However, he needs Biebs to tap in with him. “Man, tell that boy to holla at me. I got some shit for that boy, too. See Justin Bieber ain’t do no song with a real gangsta yet. He need that wave and shit,” Kodak Black said. “He did shit with Black people but he need to tap in with a real gangsta.”

Maybe Bieber does need a collaboration with Kodak in the future but Yak has visions bigger than the Billboard charts or RIAA certifications. Just like how Snoop Dogg and Wiz Khalifa can smoke weed to Seth Rogan, Kodak Black said that racial harmony is something he envisions which he hopes this song can bring a bit more of. “I be seeing like, Seth Rogan and Wiz Khalifa and Snoop Dogg hanging out and shit. I be likin’ that shit,” he said. “I like Black and White people be together. That shit lit, for real.”

What does a Kodak Black x Justin Bieber collab sound like? Sound off in the comments.

Kodak Black May Be Expecting A Child With Mellow Rackz: Report