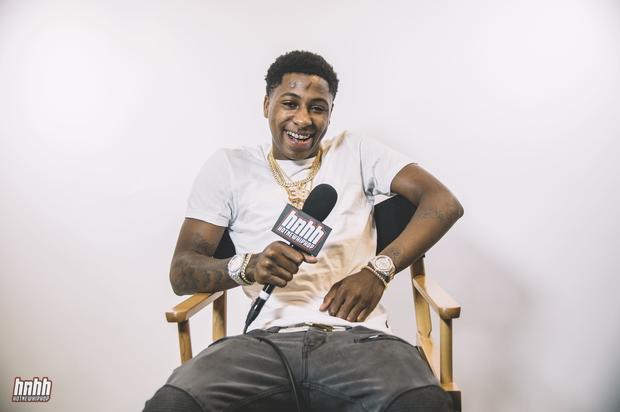 If there’s one thing about Youngboy Never Broke Again, it’s that he’ll always find time to bond with his children. Though he’s been picked apart on social media and elsewhere for having so many kids at the young age of 21 (he allegedly has 7 children now), he’s often seen spending time with his little ones, involving them in his music videos and being an active father.

His newborn baby with Yaya Mayweather, named Kentrell Jr. after him, has been a source of joy for the Mayweather Family all year with Yaya and Floyd enjoying their time with the little one. KJ has gone on yacht trips, experienced lavish parties, and more. Until this week though, he hadn’t been pictured with his father. On Thursday, Yaya’s mom Melissia Rene Brim posted pictures of KJ with NBA, sharing them with the world.

“KJ with his dada,” wrote Melissia as the caption on her Story. NBA Youngboy was seemingly leaving Sparks Steak House in Manhattan, New York, carrying his newborn son before making his way to his car. YB and KJ were surrounded by a large entourage.

The photo was reposted by The Shade Room, where commenters are pointing out that the rapper doesn’t appear to have known his picture was being taken. As always, there is plenty of Yaya Mayweather slander in there too.

Hopefully, we see KJ and YB more often together. Check out the picture above.