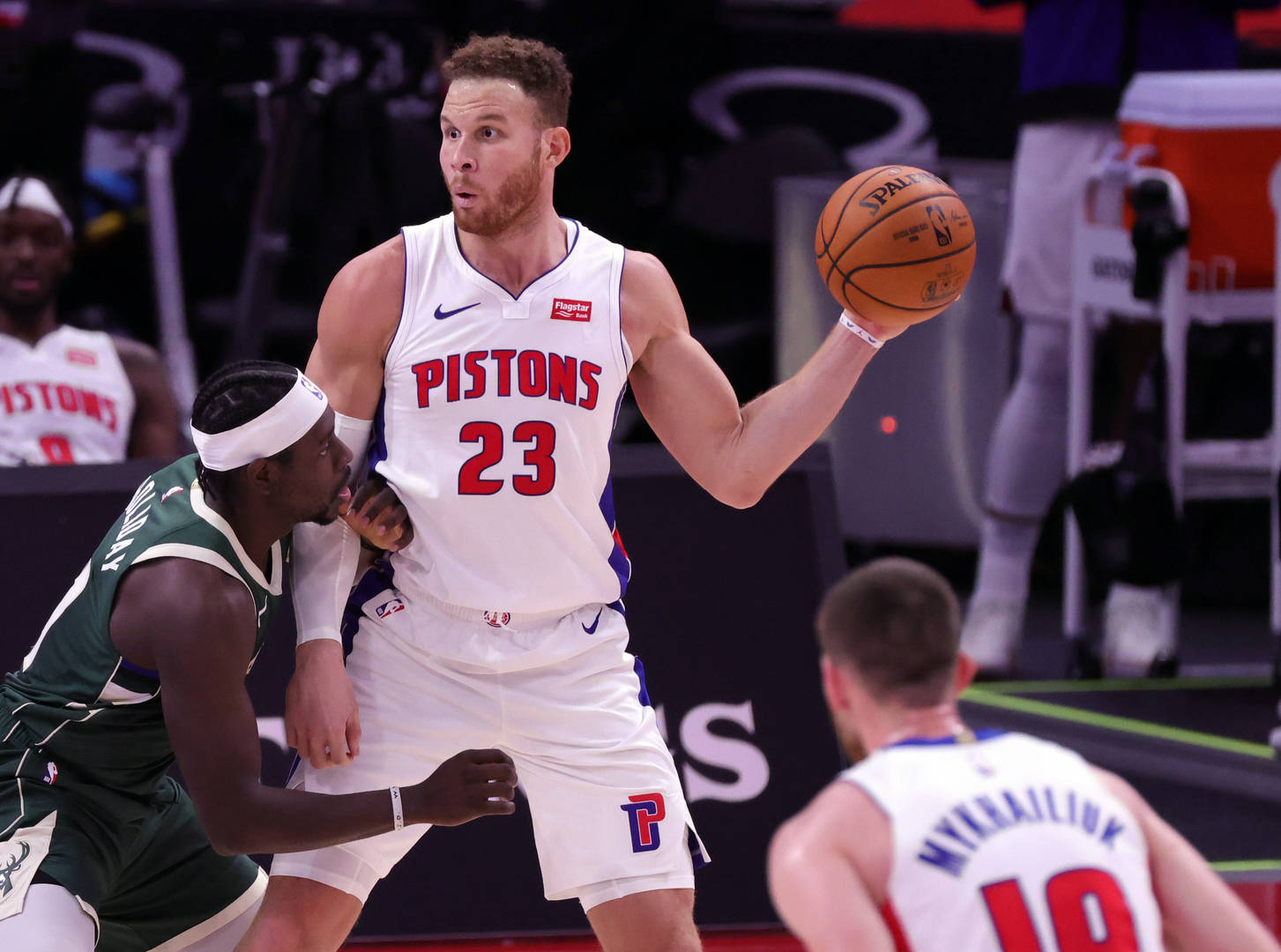 Earlier today, it was officially reported that Blake Griffin would no longer be a member of the Detroit Pistons. Griffin’s time with the franchise hasn’t exactly been fruitful and fans were fully expecting him to part ways at some point this season. In fact, Griffin was allowed to sit out for the last couple of weeks as the Pistons figured out a proper course of action. Today, they decided to buy out his contract.

Over the course of the day, fans have contemplated where Griffin would go next. There have been rumors about where he wants to go and according to Shams Charania of The Athletic, there is a clear frontrunner. That team just so happens to be the Brooklyn Nets, who are shaping up to be the best team in the entire NBA.

With James Harden, Kyrie Irving, and Kevin Durant already on the roster, it seems preposterous that the Nets would be able to land yet another star in Griffin. Regardless, the big man is coming off of a $75 million buy out which means he probably won’t mind taking a pay cut if it means winning a championship.

This continues to be a developing story, so stay tuned for any updates as we will be sure to bring those to you.