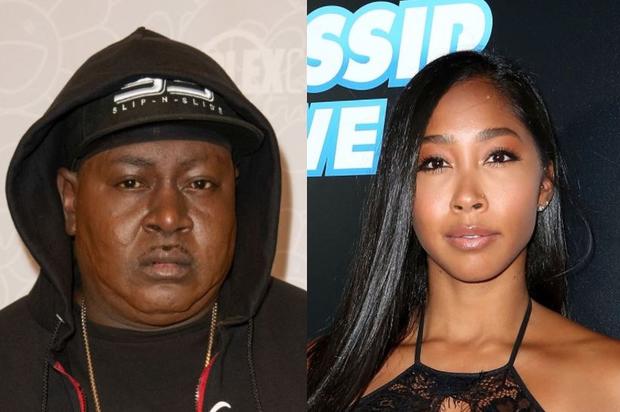 The two “Love & Hip Hop” stars joined for the “Family Reunion,” and Trick can’t get over Apryl’s beauty.

From the moment Apryl Jones strolled onto the scene for VH1 Family Reunion: Love & Hip Hop Edition, Trick Daddy Dollars was paying attention to her moves. The reality show has reinvented itself by gathering together various members of its hit franchises for a family reunion-styled retreat where they talk out any differences and find new unity. Trick Daddy acts as the patriarch of the group as he has helped facilitate the vacation, but his funny remarks about Apryl can’t go unnoticed.

Apryl, of course, gained wide popularity on the show due to her relationship with Omarion and her recent romance with O’s B2K groupmate, Fizz. Now that her relationship with Fizz has…well, fizzled out…it’s reported that Apryl and Dr. Dre may have something going on. Prior to the world learning about that last bit of news, Trick Daddy was on set with Apryl shooting his shot.

In the scene, Trick asks Apryl about the types of men she likes. “Apryl probably think that I’m ho-ish, but she’s a very fine eye candy specimen of a woman,” he said in a green screen interview. He also mentioned that he watched Apryl’s workouts every morning and invited her to his restaurant in Florida.

Trick pulls out all of his playa-playa lines and even told her she has “everything in the right place” as he put on a little pressure. Still, it doesn’t look as if Apryl was feeling it. Check out the chuckle-worthy clip below.