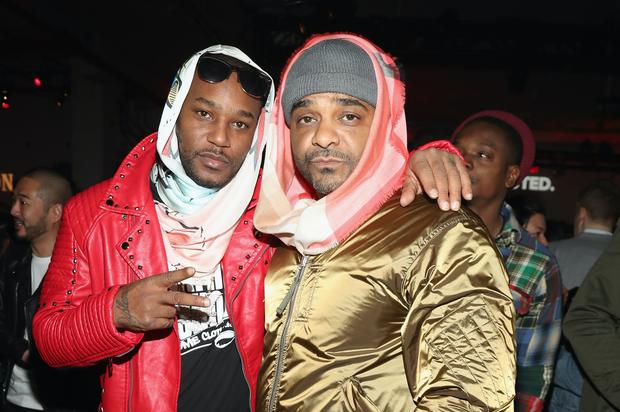 Quavo and Jack Harlow came out victorious in their 2-on-2 game against Lil Baby and 2 Chainz for $500K. Jack made a few shots and assists but it’s no secret that the Migos rapper emerged as the MVP. 2 Chainz still had a strong performance but it dwindled over the course of the game while Lil Baby struggled to make a shot.

It seems like the combined efforts of 2 Chainz and Baby didn’t impress Jim Jones, nor did Quavo and Harlow. Following last night’s game, Capo hit the ‘Gram to express his thoughts on the game and it seems like he thinks Quavo and Harlow would be no match for himself and Cam’ron. “I was lookin’ at these little All-Star 2-on-2s or whatever. Me and Cam would’ve smoked Quavo and Jack Harlow. Did them lil n***as bad,” said Jones with a smirk on his face, before calling out Bleacher Report for their line-up of rapper-athletes. “Y’all need to call some real playas sometime. I’m here,” he added.

Cam’ron’s background as a ballplayer has been well-documented throughout his career, in both his music as well as the semi-autobiographical self-produced, Killa Season. It’s unclear just how good Jones is on the court but he does play regularly.

Do you think he and Cam’ron be able to beat Quavo and Harlow on a 2v2?