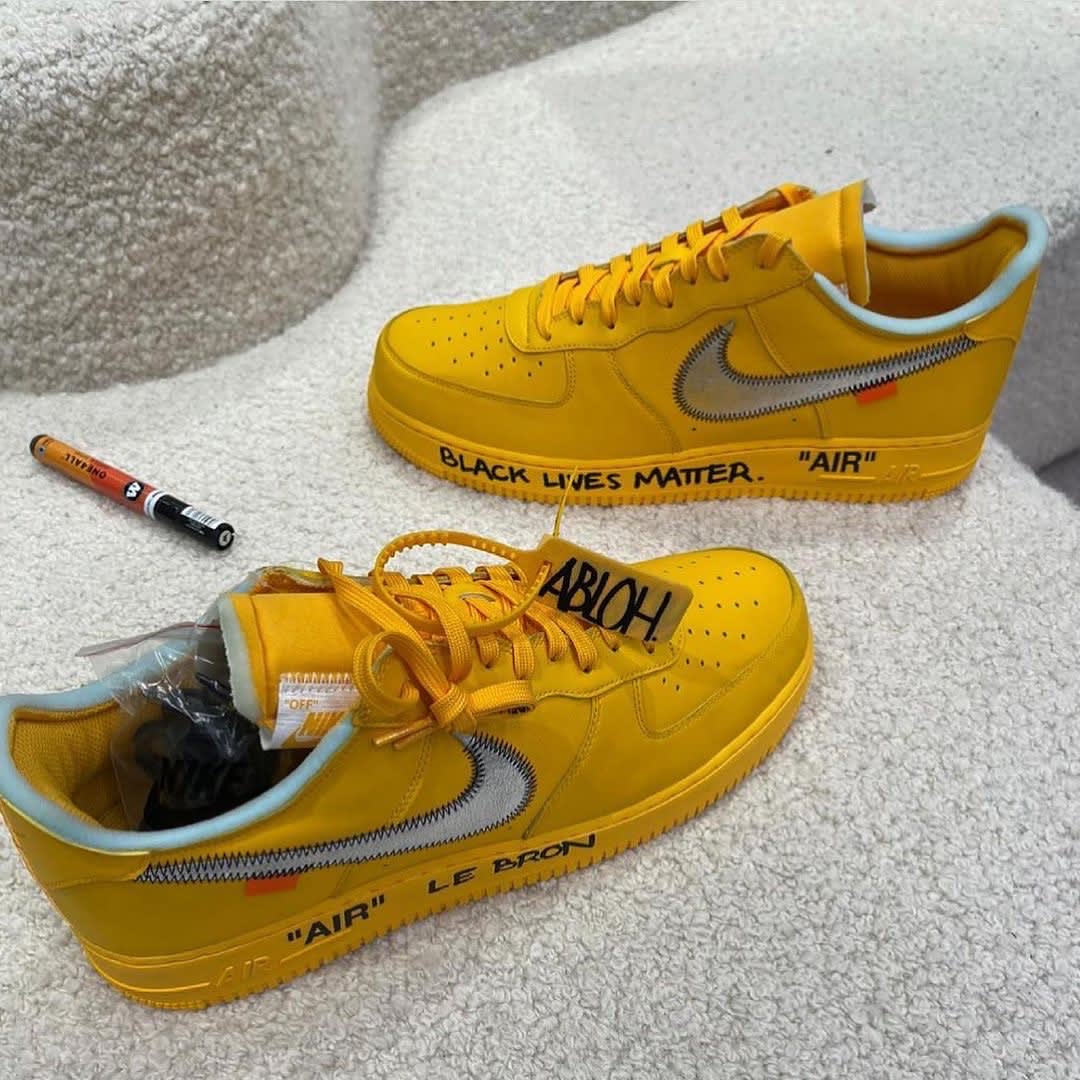 Before taking the floor for his 17th NBA All-Star Game, LeBron James hit the pregame tunnel wearing a pair of blindingly bright sneakers you couldn’t miss.

The pair in question was an unreleased yellow colorway of the Off-White x Nike Air Force 1 Low personally gifted to James by Virgil Abloh. As he often does, the designer made them personal to James by writing messages in black marker along the midsole.

You may recall that this pair, officially “University Gold,” is rumored to be releasing at some point this year, but has not been confirmed by Nike or Abloh at the time of this writing. We’ll keep you posted on potential release updates as they’re announced.