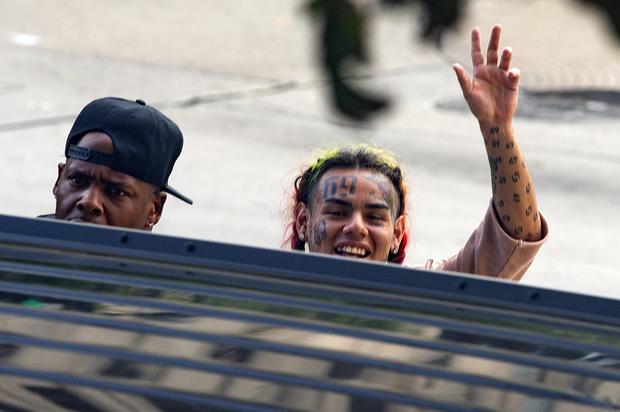 600Breezy says Tekashi 6ix9ine put police on him after their back-and-forth.

The return of Tekashi 6ix9ine was relatively lackluster. He embraced the whole snitching thing for a while but when he realized that didn’t work, it was back to the drawing board to figure out how to promote himself. He’s returned to antagonizing the rap game in the most disrespectful ways possible while claiming everyone else is clout-chasing.

Unfortunately, as many suspected all along, his antics seem to be a trap to lure rappers into being nabbed up by the feds. 600Breezy took to Twitter where he claimed that 6ix9ine “put” police on him after their little back-and-forth on Instagram. “Dude put police on me I been had a warrant for 3 weeks,” he wrote before sharing some advice to other rappers in the game based on his own recent experiences. “Leave buddy alone fr. It’s not a drill he is the feds,” he wrote. He didn’t mention any names but one fan replied, “He gotta be talking bout rat9ine.”

Following 6ix9ine’s confrontation with Meek Mill and then his subsequent shots towards the late King Von, 600Breezy made it clear that he wouldn’t be tolerating any disrespect towards his dead friends. Tekashi 6ix9ine hasn’t responded to 600Breezy’s claims yet but he seemingly got his message across, loud and clear.