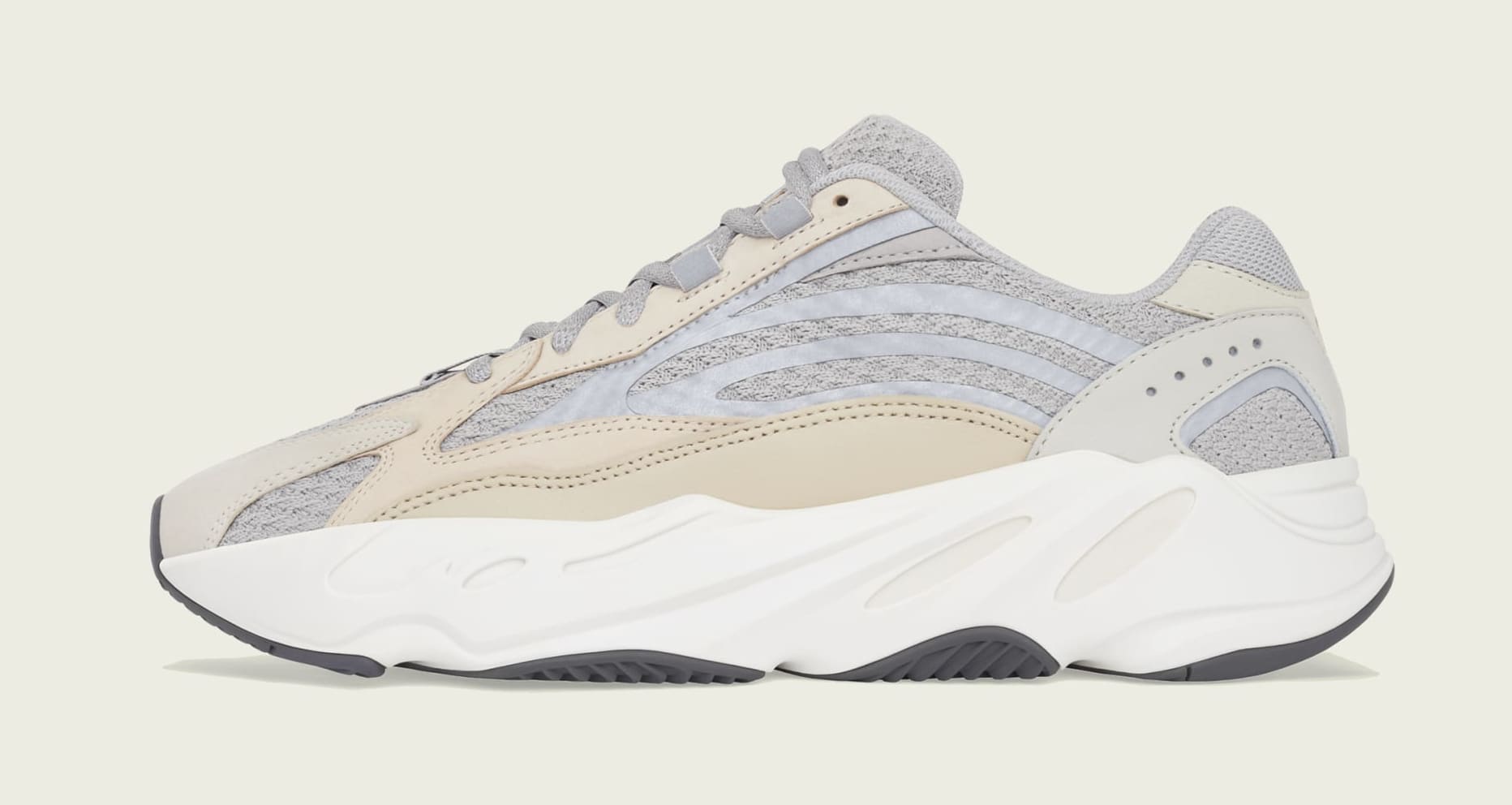 Early details surrounding an upcoming Adidas Yeezy Boost 700 V2  release have emerged. According to leaker py_rates, the Kanye West-designed dad shoe will be dropping in a new “Cream” colorway early next year.

While early images have yet to surface, a rendering provided by the leaker account suggests that the upcoming iteration of the Yeezy Boost 700 V2 will wear a tonal cream makeup throughout the shoe. Adding contrast are light pink accents on the toe and a Boost-cushioned midsole.

As of now, an exact release date for the Yeezy Boost 700 V2 “Cream” has yet to be confirmed by Adidas, but the style is expected to hit shelves sometime in March 2021 for $300.

UPDATE (03/09): Adidas has confirmed that the “Cream” Yeezy Boost 700 V2 will be released on Saturday, March 13 via the Confirmed app and at select retailers for $240. Grab a detailed look below.