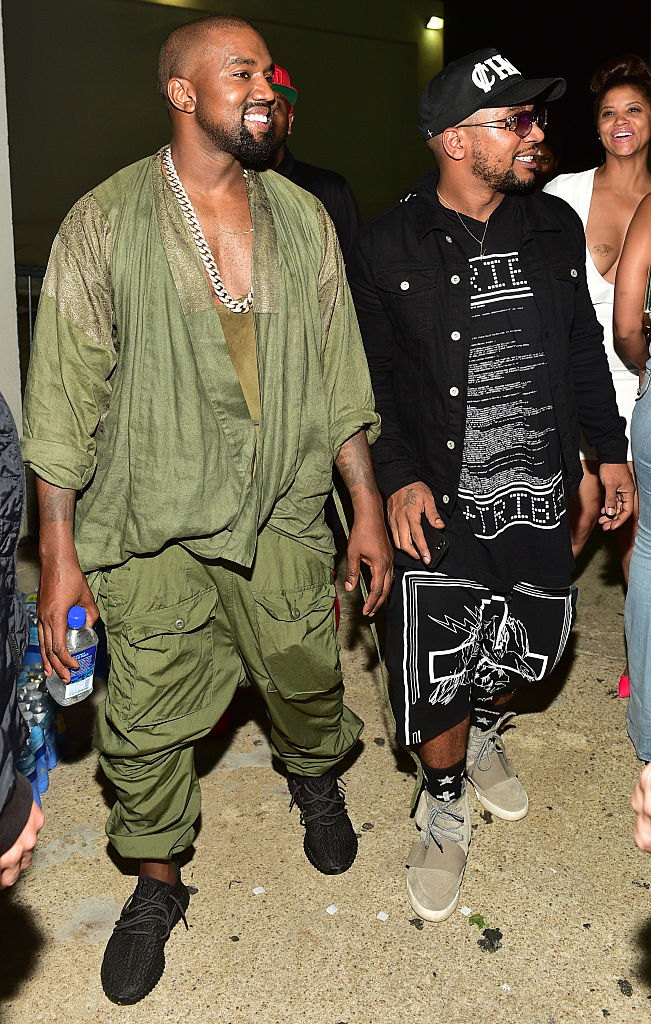 Cyhi The Prynce Explains Why Kanye’s Trump Support Was Misunderstood

CyHi The Prynce‘s career has been a series of whirlwind events, having spent ample time in Kanye West‘s inner creative circle. Not only has that affiliation granted him no shortage of opportunity in the hip-hop game, but it also exposed him to one of the most fascinating and complex characters in music. As such, The Prynce has no shortage of insight on Yeezy, and he proved as much during a revealing multi-part interview with DJ Vlad.

When asked directly about Kanye West‘s political ambition, CyHi offered a measured take on his longtime collaborator’s Presidential run and notorious support of Donald Trump. “When I feel like God has a calling for someone, I can’t step in the middle,” says CyHi. “He doesn’t really have the time to explain himself. He gets a lot of information. He meets with every powerful person in the world. You wouldn’t believe how many private jets he flies people out on, just to have a thirty-minute, hour meeting with them. This is a man who gets information that Twitter may not be able to get…He gets classified information.”

Noting the revelation, Vlad attempts to take the moral high-ground by highlighting Kanye’s decision to don a MAGA hat. “I do want people to understand, when you’re a spook that’s sat by the door, you’re privy to a lot of information people aren’t privy to,” counters CyHi. “When we say, this person is wrong just cause he put on the hat, I know people who’ve done way more egregious things that never put on the hat. Since the Clinton administration, blacks been getting locked up, firearms been in our neighborhoods, way before Trump was our President.”

“If you look at [Trump’s] history with black people, he’s closer to them than any other President outside of Obama,” continues The Prynce, arguing that Trump helped many prominent black cultural icons get out of prison. He also maintains that he wasn’t interested in judging Kanye West, especially given that he knew what his collaborator’s intentions were. “He was trying to change laws, he knew this was a friend he had prior to, verses trying to talk to any other President…Trump knew every black celebrity prior to running for president.”

For more insight from CyHi, check out the entire interview segment below.