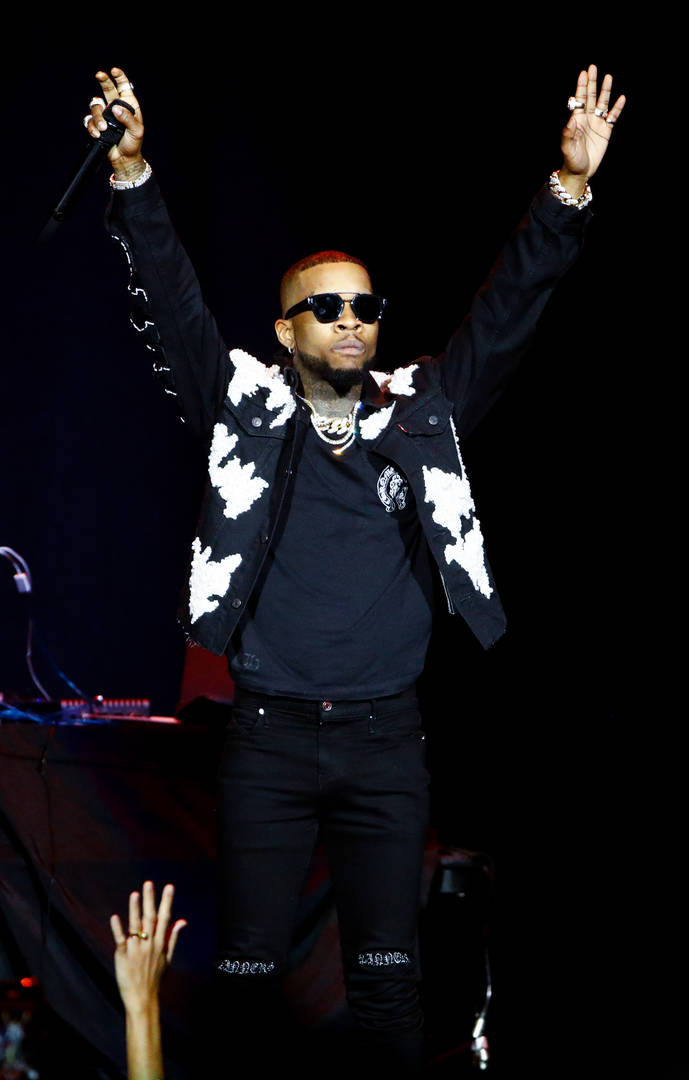 The singer says he doesn’t care about negative media attention because he “[thinks] it’s dope” that he’s “always on the news.”

Say whatever you like about Tory Lanez because he’s feeding off of the energy. He was already generating a buzz due to his applauded contributions to the industry including his acclaimed Chixtape series, but it was the shooting incident involving Megan Thee Stallion that catapulted his name into international headlines. As the world debates who-did-what that fateful night, Lanez surfaced on Instagram with a cinematic explanation as to why he doesn’t give the negativity a second thought.

“I’ve never worried about what comes out in the news or whatever comes out about me because it’s like, my confidence is just so high,” said the singer. “I don’t even understand. When God was doing my attributes he definitely put like, extra stones in the confidence part. He was like, ‘Let me throw in three extra stones’—’cause my confidence is through the roof.”

We often praise 6ix9ine for knowing how to troll the world, but Lanez suggests that he may be the viral king. Check out the video below.

Cyhi The Prynce Explains Why Kanye’s Trump Support Was Misunderstood