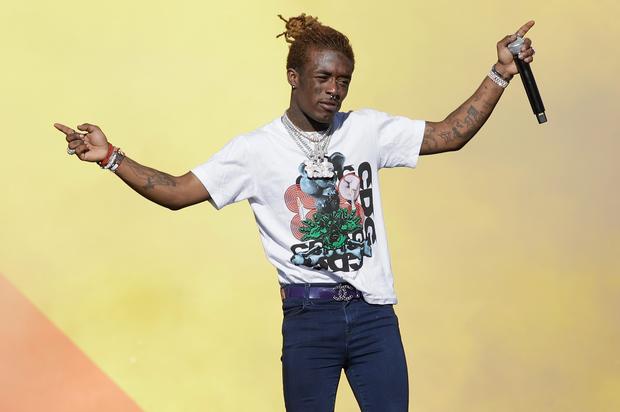 Fabolous’ oldest son Johan had the birthday of a lifetime meeting his “other favorite rapper” Lil Uzi Vert, and receving $5,000 in cash, plus some Baby Pluto merch.

Fabolous’ son Johan Jackson seemed to have had an unforgettable birthday after meeting one of his favorite rappers, Lil Uzi Vert, and receiving a bag full of signature Baby Pluto merch, as well as $5,000 in cash to top it all off.

Fabolous posted a video of Johan unpacking all of the gifted merch, documenting the initial shocked expression on his face after finding the $5,000 in cash in his bag. Fab completed the post with a photo of Johan posing with the Eternal Atake rapper inside a recording studio in New York City.

In the post’s caption, Fabolous joked that he took his son on a trip to meet his “other favorite rapper.” He revealed that Uzi also showed Johan some unreleased music as well. Lucky guy!

“Love & Respect to my lil bro Uzi! Appreciate you for helping make my son Bday lit. What a time to turn 13 @iamprincejoso,” Fabolous wrote at the end of the caption.

The Instagram community praised Fabolous for his extreme efforts to make his son’s birthday the best.

“That’s how you do it bro. Make his 13th better than yours,” one user commented. Fellow artists like Ace Hood, Jim Jones, and DJ Clue also showed love in the comment section for the wholesome moment.

Fabolous has three children with his long-time partner Emily Bustamante, including Jonas, five-years old, Journey, who is about four months old, and Johan. The pair have been under major public scrutiny ever since Fabolous was accused of domestic violence in 2018, and a video of him threatening Bustamante and her father surfaced online. However, the couple has seemingly moved forward.