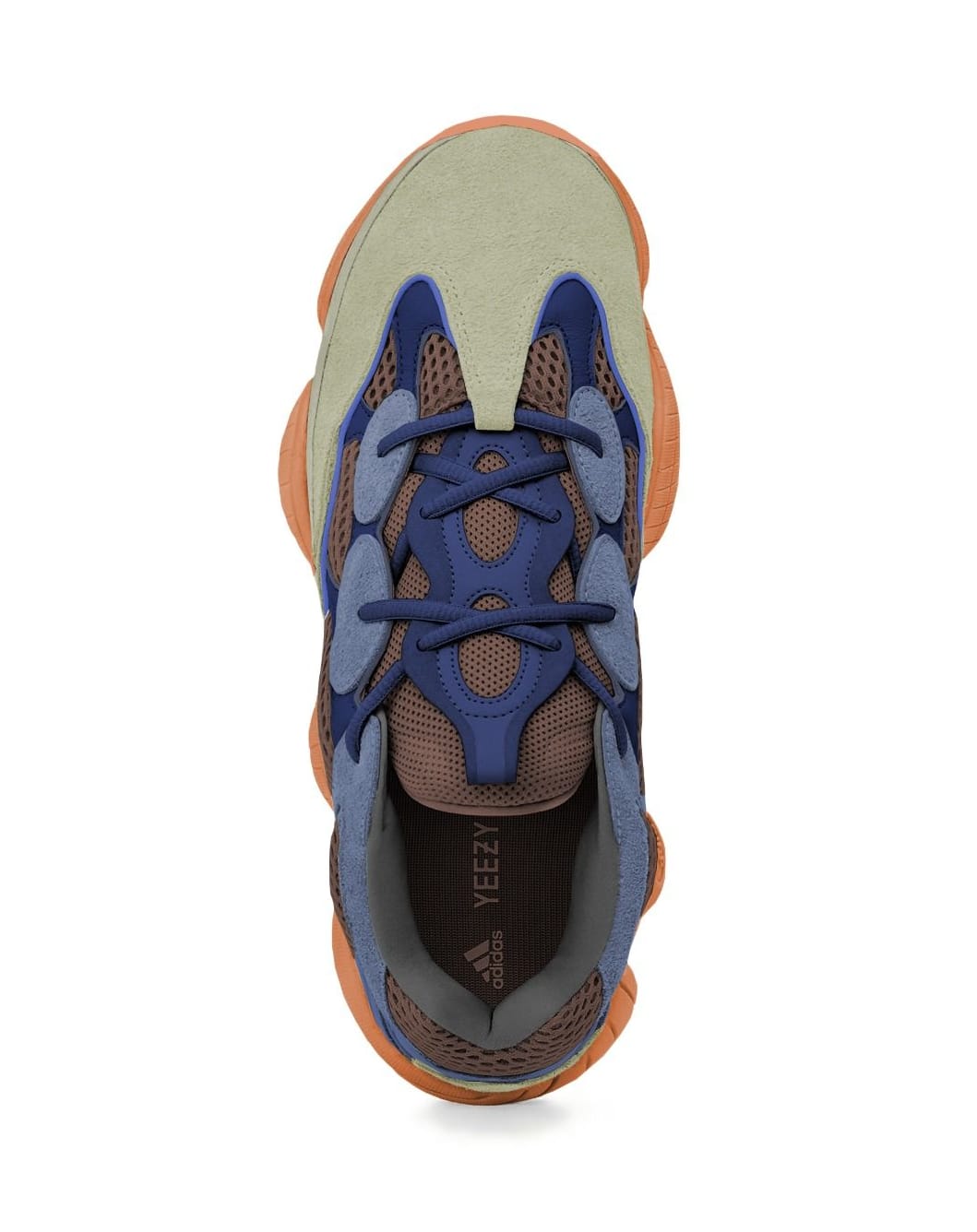 Absent from retail in new colorways for quite some time, the Adidas Yeezy 500 is on its way back in fresh new make-ups this spring.

This recently spotted pair breaks up the run of earthy monotone looks, with brown and blue tones sharing a mesh and suede-constructed upper. The tan overlay gives the shoe a distinguishable toe piece, while further contrast comes in the form of a vibrant orange sole.

According to yzysplyleaks, who provided the first leaked photos, this Yeezy 500 is on deck for Spring 2021. We’ll keep you updated with official release details in the coming months.

UPDATE (03/10): New release info has surfaced on an upcoming Adidas Yeezy 500 release. According to the Yeezy Mafia, the “Enflame” colorway will be released in April for $200, but a specific date has yet to be confirmed by Adidas. Check back soon to Sole Collector for official updates.