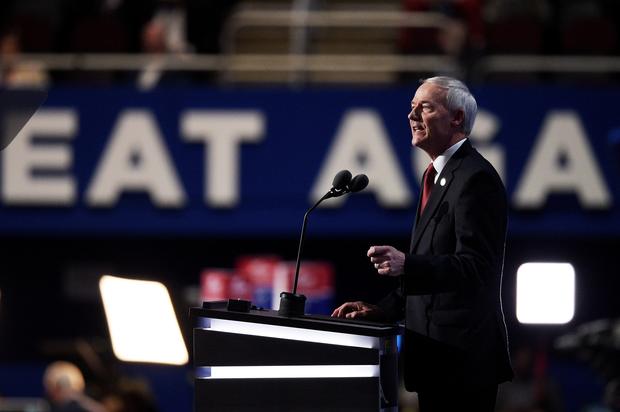 Surpassing Burger King for perhaps the most controversial moves made during Women’s History Month, Arkansas Governor Asa Hutchinson has recently signed a long-reaching anti-abortion bill that heavily suppresses women’s reproductive rights. According to Complex, the bill, known as SB6, outlaws the procedure in almost all cases, except when it is necessary to save the mother’s life. With SB6 notably not allowing abortion in cases of rape or incest, Governor Hutchinson has made an extremely bold move, but according to the politician, the law is intentionally unconstitutional and meant to force the United States Supreme Court to revisit 1973 decision in Roe v. Wade.

“I will sign SB6 because of overwhelming legislative support and my sincere and long-held pro-life convictions. SB6 is in contradiction of binding precedents of the U.S. Supreme Court, but it is the intent of the legislation to set the stage for the Supreme Court overturning current case law,” the politician said in a statement.

Governor Hutchinson continued his statement, saying, “I would have preferred the legislation to include the exceptions for rape and incest, which has been my consistent view, and such exceptions would increase the chances for a review by the U.S. Supreme Court.”

Many people are concerned with the passing of SB6, and community leaders like the American Civil Liberties Union of Arkansas executive director Holly Dickson have publicly spoken out against the governor’s decision to sign the sweeping abortion ban. On the matter, she told the Arkansas Times, “Once again, Arkansas politicians have made it their business to dictate people’s personal medical decisions, violate their personal autonomy, and block them from care.”

“This extreme abortion ban is cruel and unconstitutional and it will have accomplished nothing but cause stress for patients while ignoring the pressing challenges Arkansans face,” Dickson continued. “Abortion is legal in all 50 states, including Arkansas, and we’ll fight as long as it takes to keep it that way. Governor Hutchinson, we’ll see you in court.”

Stay tuned as this major political move will surely have national implications in the near future.