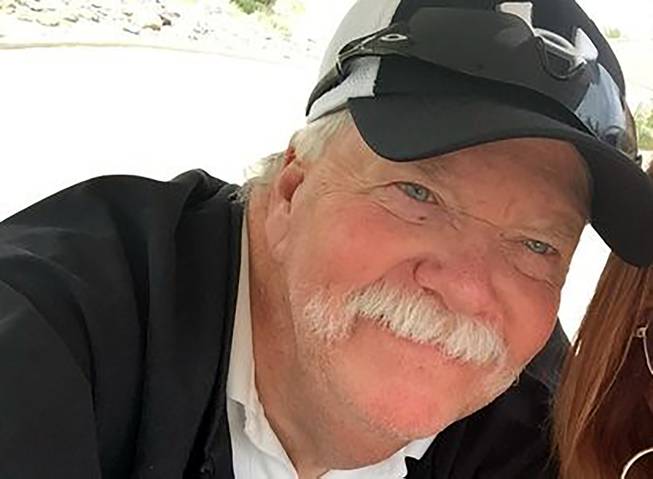 Tom Appleyard wasn’t pleased with how his American Legion summer baseball team played on this evening. They won the game, but the coach felt the players lacked effort.

As punishment, they ran sprints after the game for about an hour.

Later in the summer, Appleyard noticed a player not hustling out to his position. Before the inning would start, that player was yanked from the lineup.

“It was about playing the game the right way, no matter if you won or lost,” said Jeff Appleyard, his son and one of those players in the mid-1980s doing the postgame sprints. “He wanted his players to play hard and hustle. That was the way he was brought up.”

Appleyard spent nearly 15 summers with Bonanza’s program, and then left when Durango opened in the mid-1990s to manage its affiliate, Post 76. He won four state Legion titles.

His approach to the summer was simple: Play as many games as possible.

Tom Appleyard was a no-nonsense coach who “created a family atmosphere where everyone felt special.”

When other programs would play 25-30 games, Appleyard wanted to play at least 60. When other teams would take an occasional regional trip, Durango would pack three cargo fans and travel across the country for a few weeks playing in tournaments.

When the model worked, other affiliates followed suit.

“There wasn’t a summer when he didn’t put his own money toward the program,” Jeff Appleyard said.

The highlight was the annual trip to Rapids, S.D., for one of Legion’s most competitive tournaments. Along the way, he’d secure games in random cities, touching down in Colorado, Montana, Wyoming, Minnesota and Texas. A few times, the players competed at the Metrodome, the then home of the Minnesota Twins. They also went into Canada.

He wanted the to experience to mirror that of college baseball, where teams would travel in buses for games. Players learned how to take care of themselves, everything from meals to doing their own laundry.

“He created a family atmosphere where everyone felt special,” said Sam Knapp, Durango’s high school coach and a former player of Appleyard at Bonanza. “The program was designed to get the kids ready for college.”

Many of those players reached the next level, including Durango’s Ryan Ludwick and Tommy Pham becoming big-leaguers. Jamal Willis, his centerfielder at Bonanza, played in the NFL.

Bo Bernhard, an infielder for Appleyard at Bonanza, remembers the coach showing up unannounced at his house one afternoon to deliver some good news: Harvard was interested in the shortstop. Bernhard estimates that every player from his graduating class played at some level in college, which was a testament to Appleyard getting them exposure.

“He would play anyone at anytime on any field,” Bernhard said. “That taught you the spirit to take on anything. Playing Division I college baseball wasn’t as intense as 80 games in 80 days, some in the 120-degree Las Vegas heat.”

Appleyard was competitive and intense during games. But once the game ended, it would be common to spot him sharing beers with opposing coaches and talking baseball. He served on the Legion board and frequently advocated for players of other programs with college coaches.

He took pride in staying in touch with players after they graduated, such as Knapp who immediately joined his staff against graduating from Bonanza.

He is survived by five children, 14 grandchildren and three great-grandchildren. Daughter Jodi is married to Nick Aiello, one of his former players and the pitching coach at the College of Southern Idaho.

“Everything I do, I got from him,” Knapp said. “You can’t coach together for 35 years and not have the same philosophy. For me personally, he was a father figure, a mentor, a role model — all tied into one.”

A memorial is planned this summer at the ballpark.