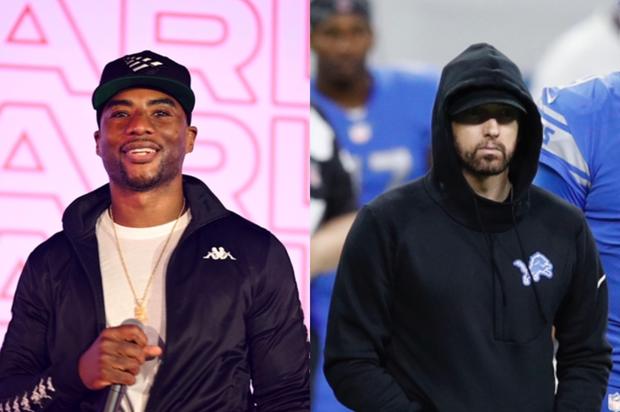 As far as Charlamagne Tha God is concerned, outraged Gen-Z Hip-Hop fans should give up on trying to cancel Eminem.

Eminem is perhaps one of the most controversial, yet beloved, Hip-Hop artists of all time, and Gen-Z somehow just realized that over the past week. Recently Gen-Z TikTok users have been trying to expose Eminem by shedding light on some of the most problematic lyrics throughout his career as a rapper, however, many Hip-Hop fans simply aren’t having it. Artists such as Lil Nas X have added their pieces to the discourse surrounding Eminem’s “cancellation,” and Eminem himself has responded to the outroar with the “Tone Deaf” music video. Now, another Hip-Hop figure has jumped into the ring to give their take on whether Eminem should be canceled or not.

On a recent episode of his podcast Brilliant Idiots, Charlamagne Tha God officially joined the chat and revealed that he thinks the entire situation is silly due to Eminem‘s larger-than-life status within popular culture. The radio host, who is also no stranger to controversy, claims that even he is often critical of the Detroit rapper but ultimately deems him uncancellable.

“TikTok trying to cancel Eminem. I think it’s funny as f*ck when kids go back to the eras that they should not be even playing around in,” Charlamagne jokes. “They are just playing old Eminem lyrics and doing what outrage culture does. Trying to build a case against Eminem. But I’m going to tell you why that will never work. That’s Eminem’s whole shtick.”

Charlamagne continues by touching how Eminem’s outlandish lyrics were merely representative of the times, saying, “Eminem was the reason we thought we could get away with that type of sh*t. In the era we grew up, there is a bar. If your bars are the Howard Sterns and The Stars and the Eminems, Wendy Williams, all these people you hear saying wild sh8t, what are you supposed to do?”

“It’s crazy, but the funny part is listening to kids being upset about it. You are not going to build a case against Eminem. You know why? Cause all the people who have the power to cancel or whatever the f*ck that means, they grew up loving Eminem,” Charlamagne concludes, explaining that Gen-Z doesn’t even have the wherewithal to cancel the Music To Be Murdered By rapper.

Does Charlamagne have a point on this one or is everyone capable of being canceled?

Patrick Ewing Blasts MSG Security For Now Knowing Who He Is

Lil Nas X Shares Rihanna Zoom Call, Says It Was A “Top 5 Moment” In His Life