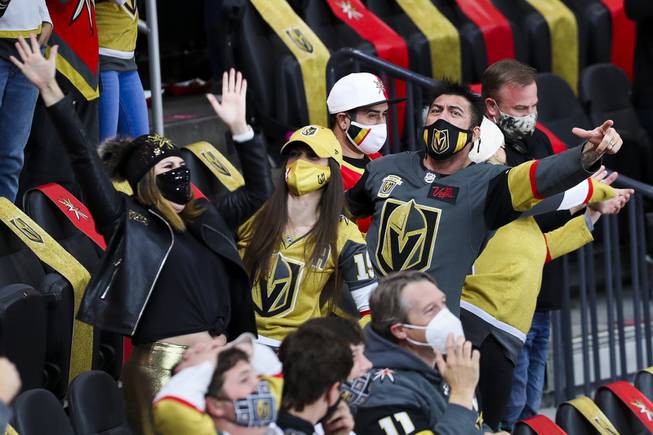 The Golden Knights are expanding capacity for their remaining five home games in March.

Starting with Monday’s game against the Sharks, the Golden Knights will move from 15% to 20% capacity after gaining approval from the Southern Nevada Health District, a team spokesman confirmed.

There is no update on ticket sales for home games in April or May. Tickets are on sale for Monday and Wednesday against the Sharks, March 22 against the Blues and against the Kings on March 29 and March 31.

The new allotment of tickets initially went on sale to season-ticket holders, but will be available to the public at 11 a.m.

Vegas welcomed back fans for its March 1 game against the Wild, then again two nights later. So far, those are the only games that have been available to spectators this season.

Silver Knights tickets are also on sale for their March home games. They have not yet hosted fans, but will begin to do so for the March 20 game.

The arena will have strict COVID-19 protocols. Seats will be sold in “pods” of two, four or six tickets and people will be limited to their pods and cannot split them at time of purchase.

Masks must be worn while not actively eating or drinking, and symptom checks will be administered. Fans who buy tickets will be given suggested arrival times, and fans will be dismissed by section after the game. No bags, including clutches or purses, will be permitted.