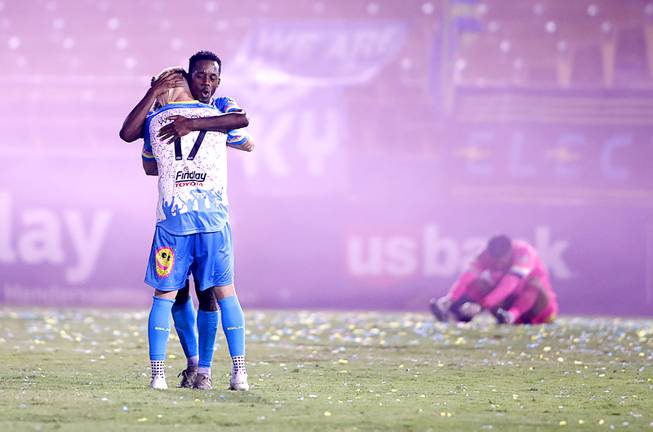 The Lights will also have a new coach in Steve Cherundolo, who played in a pair of World Cups for the United States and has playing and coaching experience in Bundesliga, Germany’s top league.

Partnering with LAFC will significantly upgrade the on-the-field product for the Lights, which in two seasons have struggled with consistency and not reached the playoffs. The third season last spring was altered with COVID. This United Soccer League season will be delayed by two months and start in May with 31 clubs, officials said today.

“We have the ability to continue to turn Las Vegas into a true soccer city, and today’s announcements without a doubt help accelerate our growth plan,” said Brett Lashbrook, the Lights’ owner and CEO.

Lights players will be housed in Los Angeles and train at the LAFC facility in east Los Angeles. LAFC would handle travel to Las Vegas on game days or for community relations events.

The Lights would continue to handle game-day operations.

The 42-year-old Cherundolo replaces Frank Yallop, who served on an interim basis in 2020 after the Lights parted ways with Eric Wynalda. Cherundolo most recently was an assistant with Germany’s youth national program.

Cherundolo played 16 seasons with the Germany’s Hannover 96 and is considered to have one of the most successful European careers for an American player.

The Lights’ roster will be populated with players under LAFC’s control. Two LAFC players with Las Vegas ties — Tristan Blackmon (Bishop Gorman) and Danny Musovski (Liberty High and UNLV) — are locked as regulars and shouldn’t be assigned to the Lights.

This is a developing story. Check back later for more.