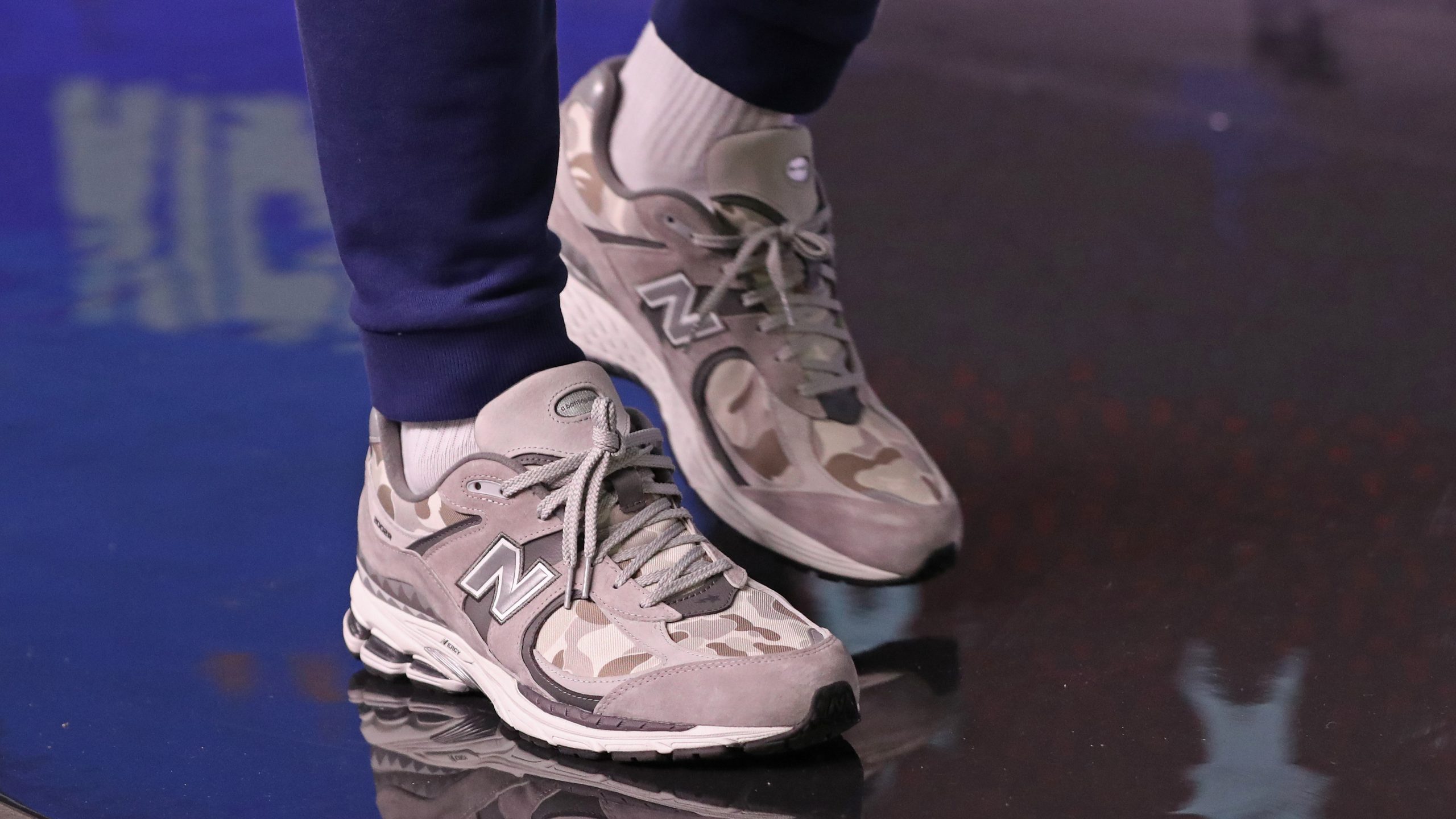 While the New Balance 2002R was originally released in 2010, the running model has recently regained its popularity thanks to collaborations with designer Salehe Bembury, Korea’s Thisisneverthat, along with many others. Continuing its momentum into 2021, the sneaker has scored another huge collab.

This time, New Balance has teamed up with legendary streetwear brand Bape to release two new 2002R colorways. The unreleased collab was initially spotted on the feet of Kawhi Leonard at the NBA All-Star Weekend tunnel this past Sunday in a predominantly grey colorway featuring Bape’s signature camo print on the mesh underlays.

In addition to the version worn by Leonard, @NewBalance_Gallery on Instagram also shared teaser shots of a second green-based color scheme. Adding to the design is Bape’s shark teeth print covering the shoe’s heel counter along with New Balance’s gel cushioning system at the heel of the midsole.

While early images of the two Bape x New Balance 2002R styles have surfaced, the release info has not yet been confirmed by the brands. Stay tuned to Sole Collector for updates.