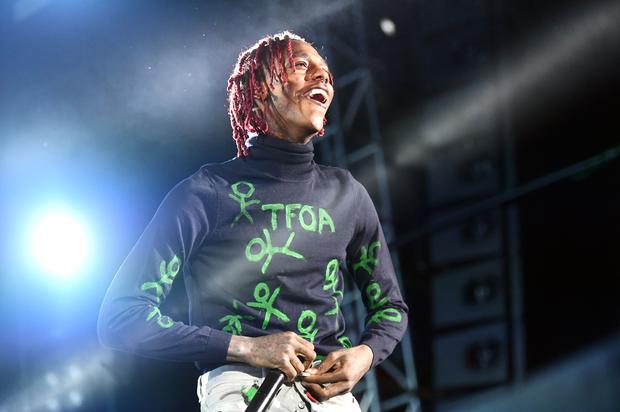 Famous Dex filed a police report claiming he was robbed for his watch and cash at gunpoint.

Famous Dex found himself in an incredibly unfortunate incident this week. According to TMZ, the rapper filed a report to police claiming that he was robbed of his watch worth $50K as well as a bunch of cash, upwards of the thousands. Dex told the police that he had linked up with one of his buddies in the San Fernando Valley to borrow a very expensive watch worth $50K for a music video is was about to film. From there, the rapper claimed that he was being followed by someone once he got in his vehicle.

Sources to the publication claim that the rapper stopped his vehicle and then he was swarmed by several armed men who pulled their guns out on him. Dex said that they took the watch as well as the cash, and then ran off. No arrests have been made in the case and police said that they’re currently looking out for the culprits.

Dex hasn’t necessarily commented publicly about the incident but we’re hoping that things work out for him in the end. The rapper has been making an effort to turn his life around over the past few months. In late December, he checked into rehab before checking out in early January. Since then, it appears that he’s been doing well, getting to work on music, and focusing on his family.

We’ll keep you updated as more information on the situation unfolds.