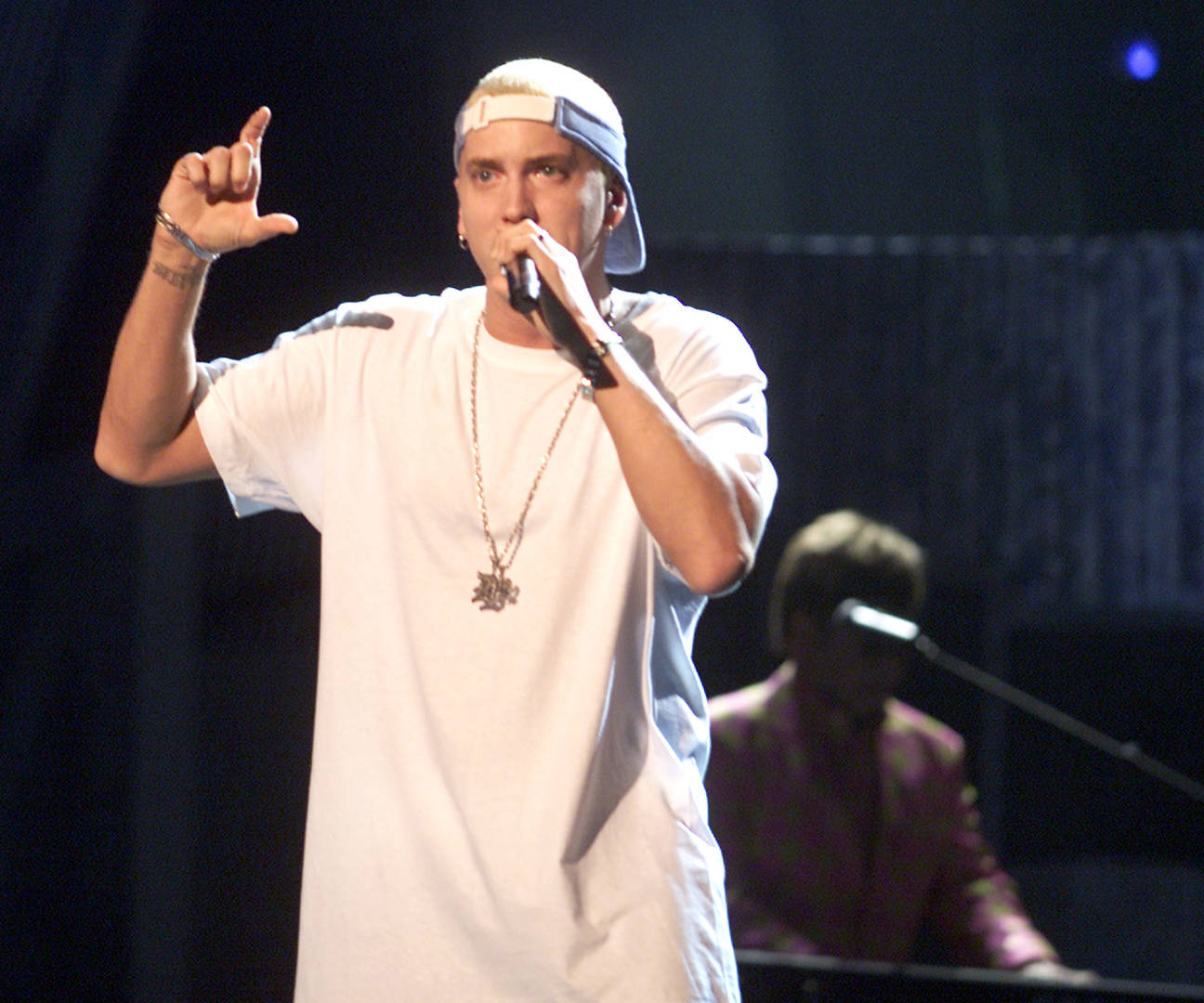 Former Grammy producer Ken Ehrlich reveals Elton John jumped to the idea of performing with Eminem at the 2001 Grammys.

Eminem‘s come a long way over the course of his career but, of course, that’s just a part of growth. There’s no doubt that he was once the most scrutinized celebrity in the world due to how far he was willing to go to offend people. His raps often took aim at everyone and anyone, and the use of homophobic slurs certainly didn’t help his cause. That’s largely why Gen. Z made an attempt on his career this week.

That’s why his performance at the 2001 Grammys remains one of the most memorable moments of the award show. Former Grammy producer Ken Ehrlich recently spoke to Yahoo Entertainment about the iconic performance between Elton John and Eminem when they closed the show with a rendition of “Stan” and hugged each other on stage by the end of the show. Ehrlich explained there was no hesitation to include him, even though he’s been controversial and critical of the award show.

Ehrlich has a differing perspective on who may have thought to bring out Elton John but he said there were a few calls made. “We were looking for a duet partner because they had expressed to us that he was interested in performing with another artist,” he said, even though in an interview with MTV News, the rapper said that it was his idea. However, the relationship he already had with Elton John made the request easy to make. “As soon as we got the message to Elton that we were interested, he sparked to it,” Ehrlich added. “He said, ‘This is exactly the kind of thing that I want to do. I want to break down these barriers. If [Eminem‘s] OK with it and he wants to do it. I’d love to do it.” John took a risk since the LGBTQ+ community was already protesting against Em’s inclusion. A spokesperson for GLAAD said, “We were all flabbergasted that [John] would do this.”

Eminem found a way to incorporate Elton John into the performance. Ehrlich said that everyone was already aware of how big this would be, so they saved it as the show closer. Ultimately, neither of them wanted to seem “exploitative” of the situation and Ehrlich said they accomplished that. “Both of them were very careful about what we could do because they didn’t want it to feel too exploitative, which I don’t think it did,” Ehrlich said. “We honored what we said we would do.”

Ehrlich couldn’t confirm whether they had rehearsed the hug at the end of their performance but he did confirm that Eminem flipped the bird without hesitation or warning. “I just kind of shrugged my shoulders and said, ‘That’s Marshall,'” he said.

On more Eminem-related content, check out, “Eminem And Cancel Culture: An Incomplete History.”

Polo G’s Mom Boasts About His Accomplishments On TikTok