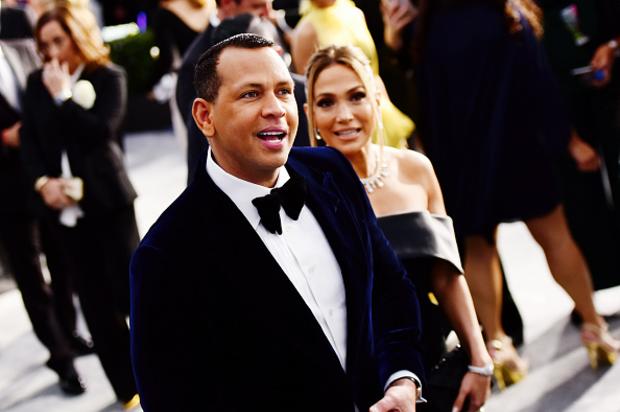 Alex Rodriguez reportedly showed the rendezvous on his Instagram Story.

After a weekend filled with back-and-forth rumors about the relationship status of A-Rod and Jennifer Lopez, it’s possible that things are looking up for the two. Rodriguez took to Instagram on Monday morning to show his location and leave a subliminal tag, both of which point directly to J. Lo.

A-Rod reportedly flew to the Dominican Republic where Jennifer Lopez is shooting a movie, and has been doing so for the past couple of weeks, despite breakup rumors. On his IG story A-Rod wrote, “Happy Monday. New week. New day. Onward. Upward,” while he panned over the surrounding pool and palm trees. In the bottom right corner, Rodriguez also apparently tried to hide J-Lo’s tag by only displaying the “at” symbol on the screen.

On Friday, rumors began to circulate that the power couple had split up after being engaged for two years.  Sources said the rumors stemmed from the two being in a bad place in their relationship.

On Saturday however, those rumors were denied by both A-Rod and J-Lo. Rodriguez was caught going into the gym by TMZ and told the media outlet, “I’m not single.” Lopez shut down the gossip with a video showing pictures of herself along with other headlines to Saweetie’s “Sweet B—- Freestyle.” J-Lo ends the video saying “dumb” eluding all the reports are false.

According to TMZ, the pair’s relationship issues does not involve a third person, after a cheating scandal broke out in February involving A-Rod and Southern Charm’s Madison LeCroy.

The two look to be repairing their relationship amidst all the drama. Do you think they’ll patch things up?