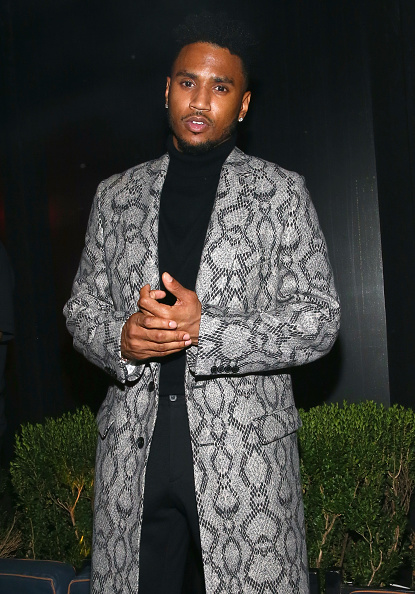 Trey Songz has had a pretty interesting 2021 thus far. Back in January, the singer was arrested for punching a cop. His alleged sex tape then leaked the following month, subsequently directing fans to check out his OnlyFans account. Continuing on his steak, a questionable newly surfaced video of Trey Songz has been making the rounds on the internet today (March 14). The clip shows Trigga dripping saliva into the mouths of two women, raising eyebrows across social media.

In the 13-second clip, a shirtless Trey, on what appears to be the set of a music video, is seen standing over two women kneeling down in front of his package, licking each other’s tongues. Songz then spits into their mouths.

The video, which does not have any other context at this point, quickly went viral on social media due to most people’s visceral reactions to the clip. The women in the video do seem to be willing participants in the degrading action, and from the looks of it, the footage is for some sort of shoot, music video, or another visual project (OnlyFans, perhaps?).

Reactions to the video across social media were just as you’d expect, with many users going in on the 36-year-old singer for simply being gross and unsafe during the pandemic. “Trey Songz, sir we are in the middle of a pan con leche what was that,” joked one user about the situation.

Another concluded, “I just needa start minding my business whenever I see trey songz trending.” Check out more reactions to the jarring footage below, and let us know your take in the comments on the whole fiasco.