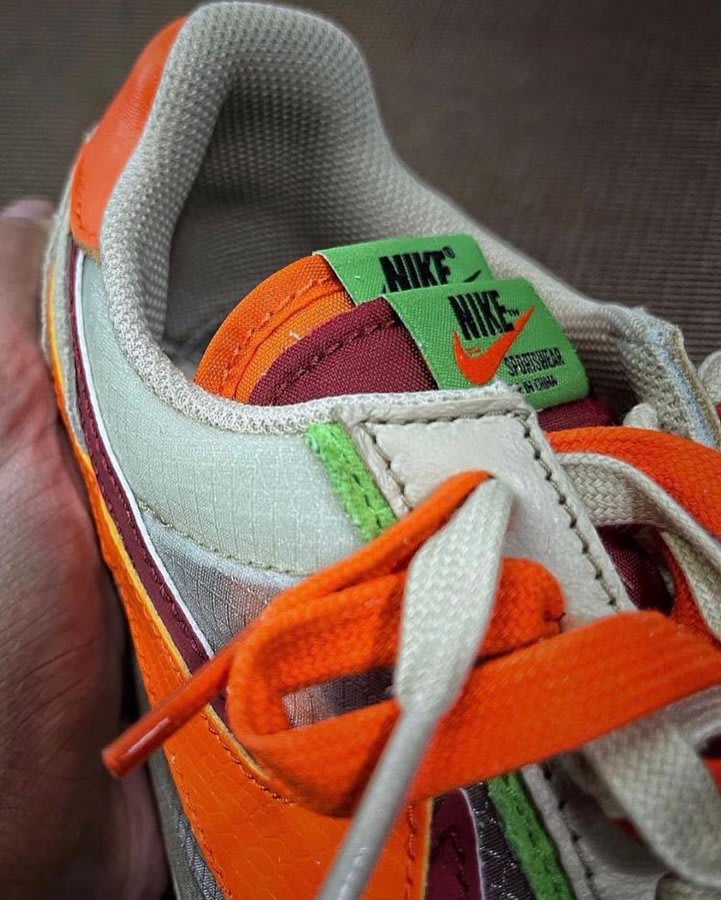 In addition to the rumored collaborations with Fragment Design and Jean Paul Gaultie coming soon, it looks like Sacai could be getting yet another three-way collaboration this year.

Freshly leaked info from @Pyleaks reveals that a new sneaker project between Clot, Sacai and Nike is in the works. The collab will arrive in the form of a new LD Waffle colorway. Early images of the shoe were shared by Ovrnundr on Twitter, which showcases a mesh-based upper in beige while orange, maroon and green hits appear throughout various overlays including on the dual-tongue and dual-Swooshes on the sides. Confirming that this iteration of the shoe is co-designed by Clot and Sacai are their logos stamped on the heel tab.

According to Pyleaks, this Clot x Sacai x Nike LD Waffle collab is slated to release sometime this fall for $170, but a specific release date has yet to be confirmed by the brands.