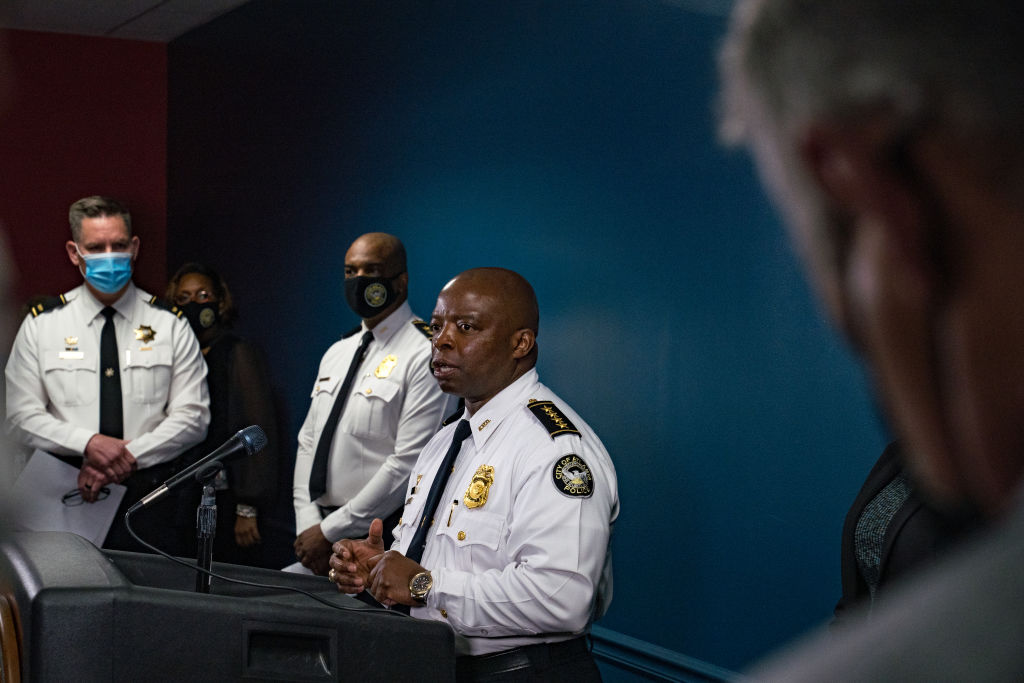 Tragic news struck yesterday in the Atlanta area after it was reported that a string of fatal shootings at three different spas and massage parlors in the Atlanta area left eight people dead, including six Asian women. Police apprehended the suspect yesterday before his mugshot was publicly released.

Police arrested 21-year-old White male Robert Aaron Long earlier today who admitted to the shootings, though denied that it was racially motivated, per Captain Jay Baker of the Cherokee County Sheriff’s office. Long was arrested several hours after the shootings South of the Atlanta area after a manhunt and this morning, his image was released to the public.

Long reportedly told police that he had a sex addiction and shot up the spas to eliminate the sexual temptation. Long told investigators that he blames the massage parlors for providing an outlet for his addiction to sex,” a press release stated. Atlanta Mayor Keisha Lance Bottoms said that he was heading to Florida after the shootings to possibly commit other crimes.

The Daily Beast recently published a report revealing that the suspect’s father was a pastor and Long, too, was “big into religion,” according to his former classmate. He was also heavily involved in the Crabapple First Baptist Church where he attended with his family.

We will keep you updated on more information regarding the case.