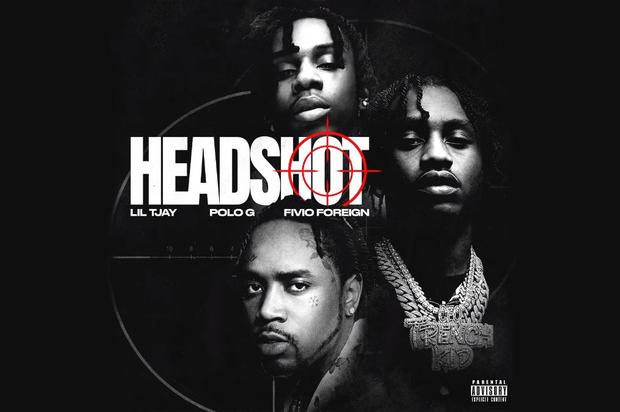 When Lil Tjay first announced his single “Headshot,” he told the world that he was “shaking sh*t up again.” The rapper joined forces with Polo G and Drill artist Fivio Foreign on the single where each rapper reminisces on their past days navigating the street life. From avoiding the police to not having the latest luxury threads, the three rappers spin bars about making it out and enjoying the fruits of their labor.

In a recent interview with Apple Music, Lil Tjay spoke about how the collaboration on “Headshot” materialized. “I was in the studio one day, we had actually three different rooms and we all just came to my room one day and we just made that song,” the rapper shared, according to Rap-Up. “It was just magic I mean, just being from New York, it’s just a great energy altogether.”

I’m the type to leave it in the streets, I ain’t discussin’ it
Tryna make it flip, I need that Rolls-Royce Cullinan
Old b*tches trippin’, cut her off like a Backwood
Middle of the trenches, that’s where me and the guys stood
Killers anonymous, black masks and black hoods (Yeah, uh, uh)
Walk down on him, make sure he get clapped good (Uh, uh)