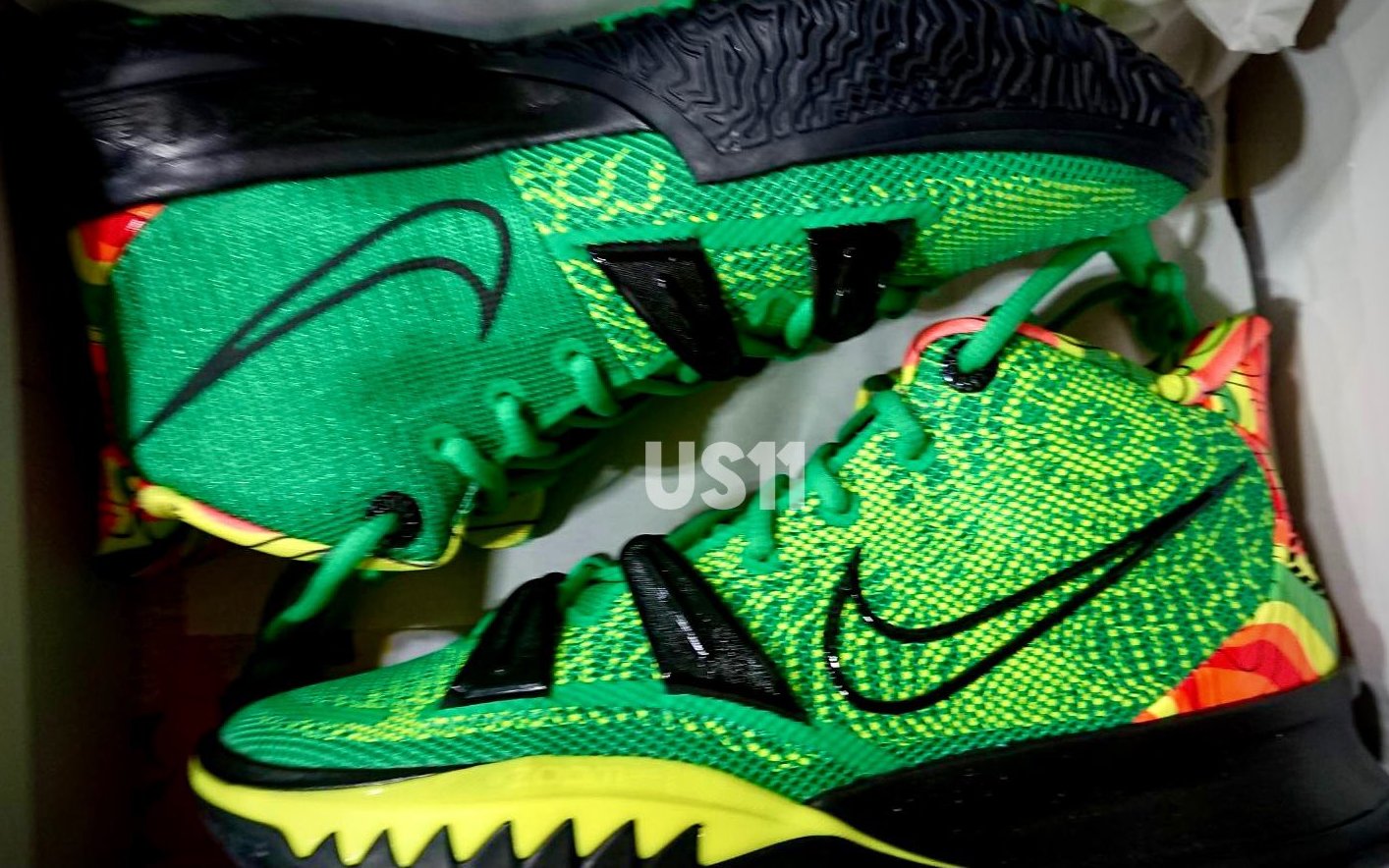 A look at a Nike Kyrie 7 “Weatherman” colorway has surfaced courtesy of US11. The sneaker borrows the fan-favorite colors of Kevin Durant’s KD 4 from 2011. Based on the image provided, the Kyrie 7 version is stylized nearly identically to its KD 4 inspiration down to the multicolor heat map pattern on the heel. Irving’s version features more of the yellow lightning detail on the upper and doesn’t appear to use a translucent sole, but the look is otherwise the same as Durant’s.

Release details for this pair are currently unknown, but it’s possible that it could be the kid’s Daybreak/Citron Pulse/Siren Red Kyrie 7 colorway scheduled to release from select Nike Basketball retailers in grade school sizing on April 8. Check back for more details on the Kyrie 7 “Weatherman” in the coming weeks.