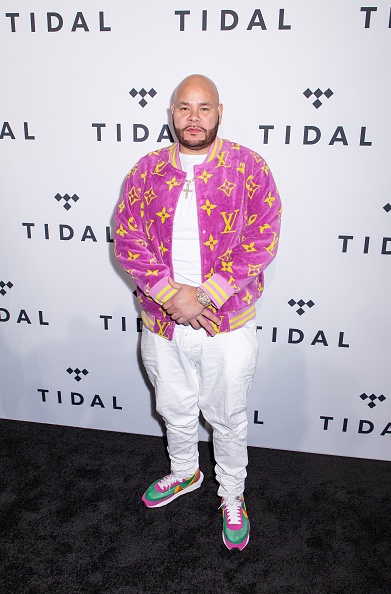 The rapper is facing heat for some questionable lyrics where he references the convicted sex offender and perpetuates anti-Asian racism.

Fat Joe appeared as a guest on Benny The Butcher‘s The Plugs I Met 2 project and listeners are not too happy with the contents of what he had to say. For his verse on the track “Talkin’ Back,” a failed attempt to show his lyrical skill resulted in him delivering some pretty questionable bars. On the track, the 50-year-old Bronx rapper irresponsibly raps, ” Track me in and out of court, Harvey Weinsteinâ â /Threw that white up in the pot, gave ’em pipe dreamsâ â /And watch it spread like the Wuhan virusâ â /Do ’em dirty for the low like Wu-Tang ’Sirus (ODB).”â â

In addition to lowkey giving props to the convicted sex offender with the reference, the bar also particularly perpetuates anti-Asian racism, which has been â â on the rise since the COVID-19 pandemic ensued. An NPR article published earlier this month titled “The Rise In Anti-Asian Attacks During The COVID-19 Pandemic” reports that, “In the wake of the coronavirus pandemic, racism and harassment toward Asian Americans have increased.”

This type of hate manifested into the hate-driven mass shooting that occurred in Atlanta against its Asian community on Tuesday (March 16) at the hands of 21-year-old gunman Robert Aaron Long.â â

â â Many fans on Twitter have already begun to voice their disappointment and disapproval of Fat Joe’s bar following the release of The Plugs I Met 2 last night.

“Fat Joe tried to jump on this Benny/Fraud with topical bars + the best he could do was “Wuhan virus” + “track me in + out of court, Harvey Weinstein,” one user disapprovingly penned. Scroll through some more criticism of Fat Joe’s lyrics, and let us know your take below.

Newcomer Badda TD Employs 42 Dugg For “Feel Like A Boss”