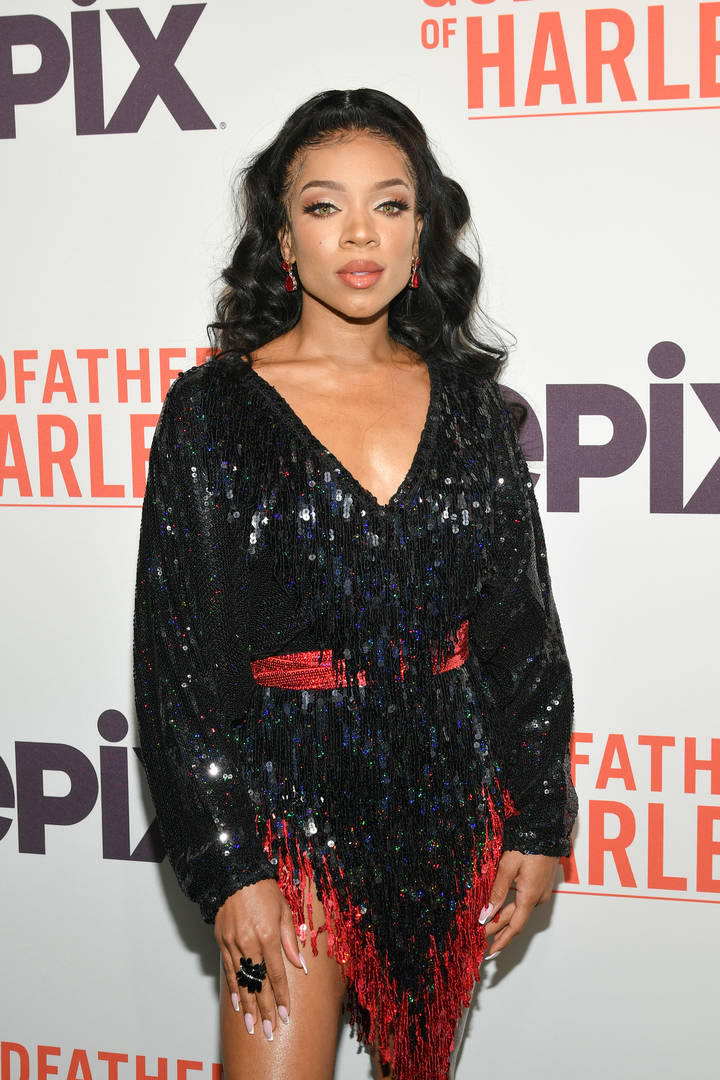 Lil Mama telling Jackée to “kiss my ass” wasn’t on our 2021 bingo card—yet here we are.

The drama involving Lil Mama has kicked up a notch now that actress Jackée Harry has added her two cents. Lil Mama has been trending in recent days following her statements about transgendered children. The rapper doesn’t believe that kids are well-rounded enough to make drastic decisions about their gender and suggested that this is a “depopulation” agenda being pushed. She later doubled down on her comments after facing backlash, and now legendary actress Jackée Harry has a message of her own.

“The lip gloss was never really that poppin’,” tweeted Harry as she referenced Lil Mama’s breakout hit. She later added, “Be true to yourself. You were made perfectly. I love you for who you truly are. [rainbow emoji][hearts emoji].” The tweets were quickly reshared and passed by Lil Mama’s desk because she issued a response.

“Thought you was a Sister Sister, More like a Sister Act!” wrote the rapper as she mentioned Jackée’s role on the 1990s sitcom. “That’s the problem now. These new young girls don’t respect y’all old b*tches. Why? Because y’all don’t reach out and provide genuine council. You play these internet childish games and end up in a childish mix. WHERE ARE OUR ROLE MODELs? CAUSE IM TIRED OF YALL OLD HOLLYWOOD BULLSH*T! Kiss my ass Jackie.”

Following the backlash, Lil Mama also stated she wanted to “start a Heterosexual Rights Movement.” Swipe below to watch it all unfold.