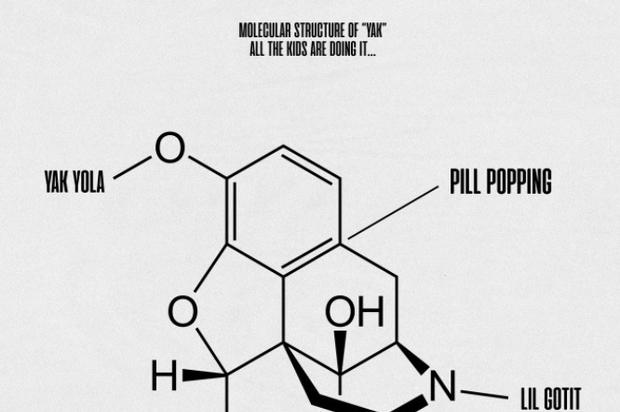 Alamo Records is truly a powerhouse in the rap game right now. With artists like Lil Durk, Rod Wave, and 03 Greedo leading the team, Alamo’s also been introducing a ton of new talent in recent times. Gritty talent, too, that isn’t necessarily meant to appeal to the radio airwaves. West Philadelphia rapper Yak Yola has been steadily blowing up, especially after his collaboration with King Von “Slide” dropped a few months back.

Yak Yola continues his triumphant run through the rap game this week with the release of his latest single, “Pill Poppin” with fellow Alamo signee Lil Gotit. The two rappers collide over a chaotic instrumental with contrasting styles. Yak’s aggression is reminiscent of the Philly battle rappers that came from the West side of the city, though Lil Gotit’s delivers delicate melodies doused in auto-tune that’s reminiscent slightly reminiscent of Travis Scott.

aggression and grit as they detail the rockstar lifestyle led by guns and drugs.

Check the latest from Yak Yola below.