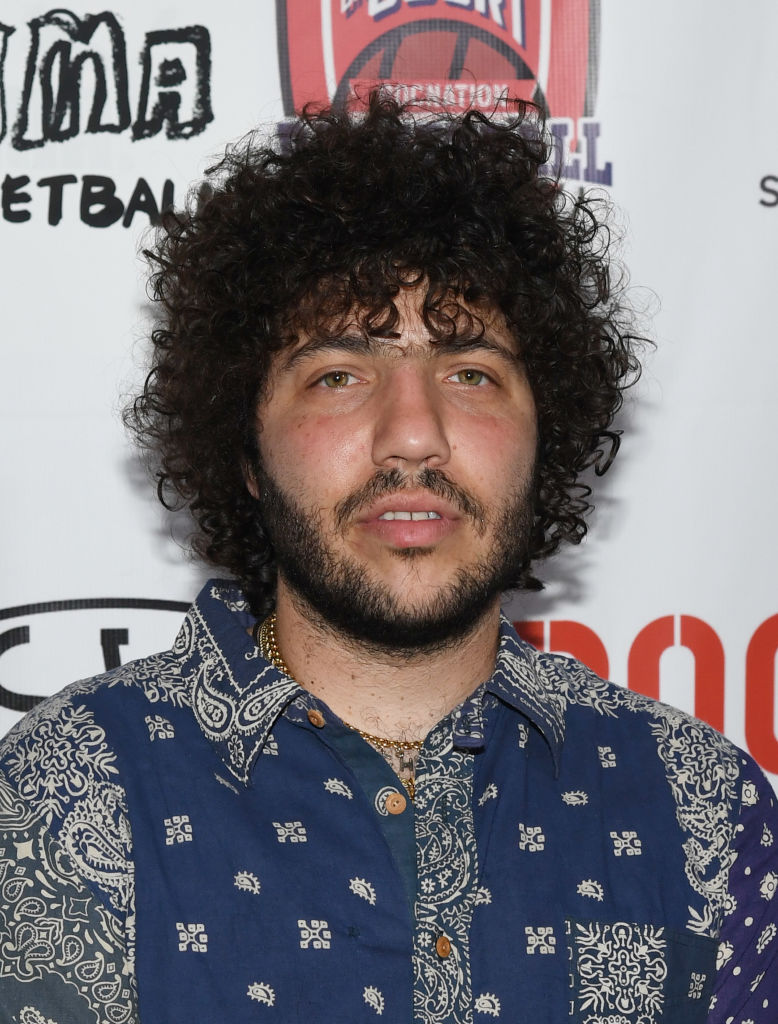 Benny Blanco has worked with just about everybody in the music industry. He’s made some of the biggest hits in pop and hip-hop, working extensively with artists like Ed Sheeran, Justin Bieber, The Weeknd, Rihanna, Juice WRLD, and more. The 33-year-old producer recently sat down with Apple Music’s Zane Lowe to discuss his upcoming album FRIENDS KEEP SECRETS 2. During their conversation, which included tidbits about his friendship with FINNEAS, his work on Justin Bieber’s latest album, and much more, Benny speaks about an awkward encounter he had with Beyoncé, accidentally kissing her in front of Jay-Z at their house in the Hamptons.

According to Benny’s story, the producer was invited to stay over at Beyoncé’s house with Jay-Z, Hit-Boy, and a few other people back in 2010 or 2011. They played a game of “Would You Rather?” before listening to beats. When it got time for everyone to leave, Benny wasn’t sure what to do. Should he hug Beyoncé? Should he just say goodbye and leave it at that? He decided to give her a hug and a kiss on the cheek, but somewhere along the way, he got disoriented and ended up slipping a little peck on the corner of her lips.

“I’m probably not supposed to say any of this,” said the artist repeatedly throughout his story. “We’re saying, ‘Good night.’ And it’s at that point where I’m like… Okay, do I hug Beyoncé? Like, what’s the protocol? What do you do? We’re not close yet. And so I’m like, ‘Hey, bye’ at the end of the night. But it’s like, we’re all getting to know each other, and normally at that time I’d be like, ‘Ah, great to hang.’ So I’m like, do I go in for the hug? You’re with Jay-Z and Beyoncé. You’re at their house. They’re in shorts and a t-shirt. You’re sitting there. And I remember I go in for the hug, okay? And then, I’m like, oh, I’m going to kiss her on the cheek. That’s what you do. Everyone does that. I’m very European. You go in and you do that. This is years ago. I was even more European. So, I went to do the kiss on the cheek, and I guess we just missed a little bit. I definitely hit the corner of some sort of lip. I’m like, ‘Oh, my God. This is the worst thing in my life.’ And I’m sitting there, and as I’m doing it, out of the corner of my eye, Jay-Z is right there looking at me. And I’m just like, my lip is here. Hers is there, and there’s definitely some corner things happening.”

Benny says his music with Beyoncé was never released, adding that he doesn’t think anyone noticed the accidental kiss. “I look at Jay and I’m like, ‘Oh, okay. I’m dead. My life is over. It was great. Nice knowing you guys.’ My life flashed before my eyes. And I’m sitting there, and I look. And then he’s like, ‘All right, bro. See you tomorrow.’ Like, no one noticed.”