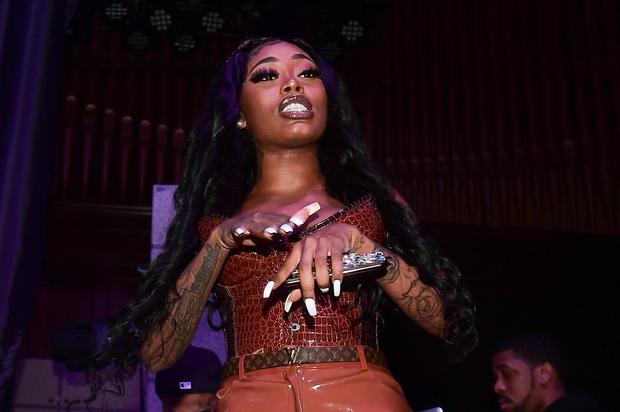 After Raz B’s ex-girlfriend Kallee Brookes accused him of sexual assault and impregnating her against her will, Asian Doll commented on the situation, saying, “She could’ve simply took a plan B afterwards.”

Sexual assault allegations are nothing to play about. We recently learned of accusations made by Raz B’s ex-girlfriend, and that situation perfectly illustrates how the effects of sexual assault can be long-lasting and utterly damaging to a person’s psyche. As previously reported, Kallee Brookes revealed all of the alleged instances of abuse that she endured throughout her relationship with the former B2K singer, from being strangled in a parking lot to being forcibly impregnated. Upon The Neighborhood Talk reporting on the allegations, however, Asian Doll took the time to leave an insensitive comment that practically belittles Kallee’s entire testimony.

As brought to our attention by The Neighborhood Talk, Asian Doll noticed the platform’s original report about Brookes’ allegations towards Raz B, and upon seeing it, she left the following comment: “She could’ve simply took a plan B afterwards.” The shocking comment left many users confused, as it seemingly negates Brookes’ alleged traumatic experiences.

One user wrote, “People have been so sympathetic of Asian & defending her grieving process, then she turns around & says this about another woman’s trauma.” Another user slammed Asian Doll’s train of thought, saying, “Or..OOOORRRR… HE COULD’VE NOT FORCED HER? Y’all scream protect black women until it’s time to protect black women.”

Another point to consider within this entire Asian Doll fiasco is that Kallee Brookes doesn’t have any children with Raz B, making the Atlanta-based rapper’s insensitive comments even more unnecessary as it is clear that Brookes already handled the situation on her own accord.

In her most recent Instagram post, Asian Doll shared a close-up video of her twerking to Gunna‘s 2018 song “Mistress” alongside the comment, “Ion give a f*ck bout nunnnnnnnnadet Sh*t [laughing emoji].” Whether she was responding to the backlash that she is sure to receive for her insensitve comment or not, it’s clear that Asian Doll is not bothered in the least.