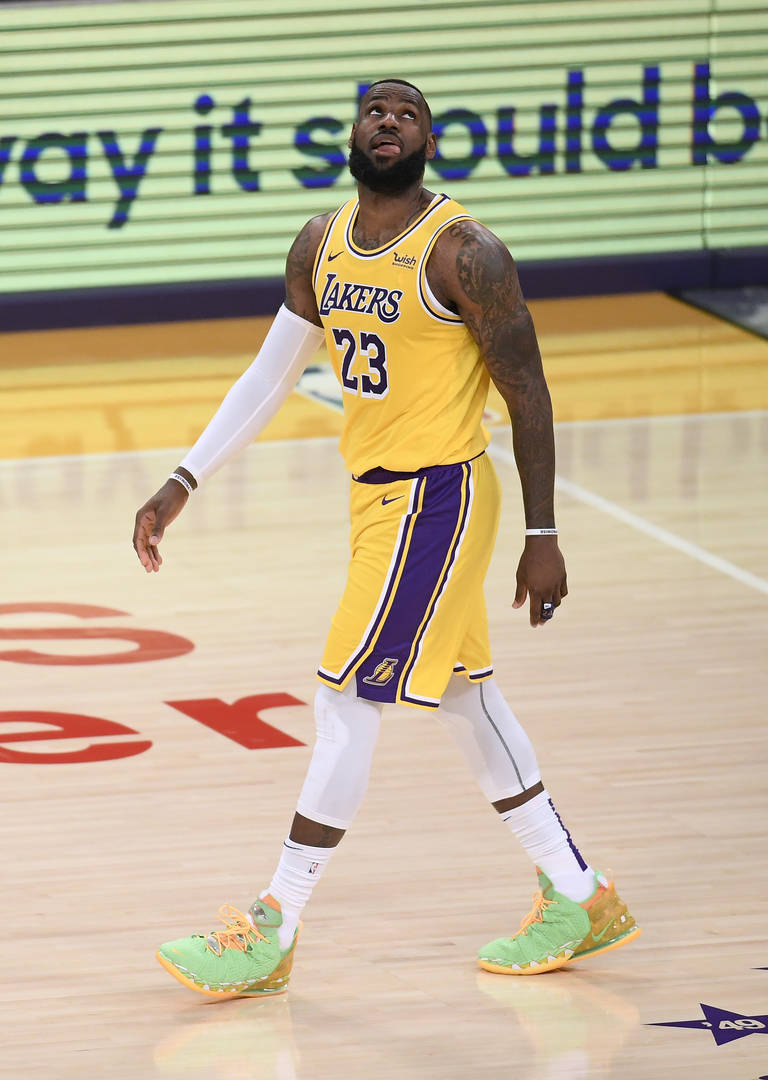 When LeBron James suffered an ankle injury last Saturday, Lakers Nation held their collective breaths as they were hoping that LeBron’s injury wasn’t the worst. In the end, LeBron found himself with an ankle sprain which is never easy to recover from, especially if you are 36 years old. Regardless, LeBron is someone who takes good care of his body, and if fans had to guess, he would probably be back sooner rather than later.

According to Shams Charania of The Athletic, LeBron’s recovery timeline has been set between four to six weeks which is about the average when you think about ankle problems. This is not good news for the Lakers, however, as they will now have to spend over a month of basketball without their leader, which could lead to some issues in the standings.

Regardless, the Lakers are virtually a lock to make the playoffs this season which means the Lakers probably won’t feel it necessary to rush LeBron back onto the court. You never want to put your superstar into a vulnerable position, and at this point, the Lakers have enough of a cushion that they don’t need to panic.

As the weeks go by, more LeBron updates will be given so be sure to keep it locked to HNHH for all of the latest news and updates.