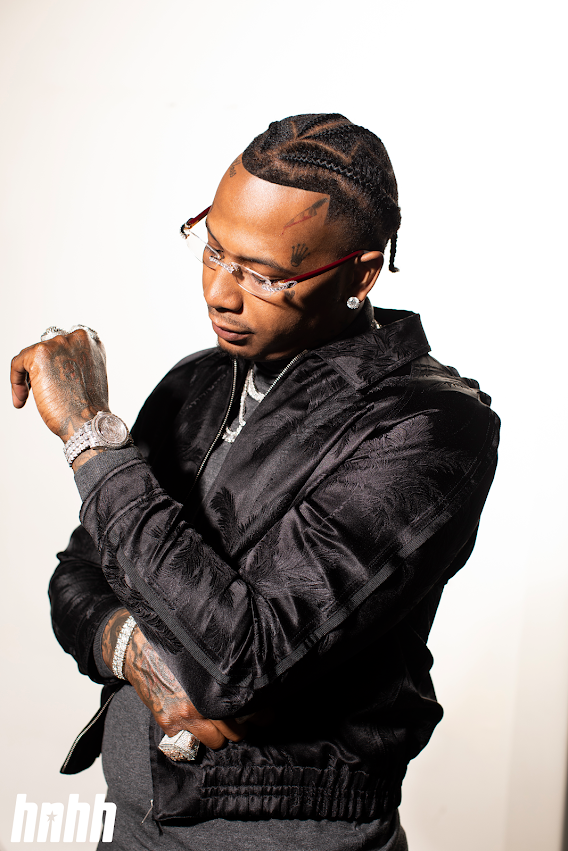 MoneyBagg Yo thinks he should have waited a little longer to release his collaboration with J. Cole, “Say Na.”

It’s not every day that an artist gets to work with another musician that’s widely considered to be one of the greatest of their generation. MoneyBagg Yo had that chance back in 2018 when he collaborated with North Carolina’s very own J. Cole. Their song “Say Na” was impactful off of Bagg’s RESET album, generating a lot of attention for the full body of work, but even still, the rapper thinks he pulled the trigger a little early on releasing it.

While the song still goes hard as ever, as MoneyBagg Yo told HNHH in the latest digital cover story, he wishes he would have released “Say Na” at a later date, noting that, in retrospect, he realized it would have made a bigger impact.

Heartless, which evolved into a series, was originally released in 2017, and featured guest verses from Lil Durk and YFN Lucci. As Moneybagg says, it’s another body of work he wishes he held off on releasing until later on his career.

“It’s so many good songs and so much good music I made in the past that I put out that I wish I would’ve had at this time right now,” said MoneyBagg Yo. “I feel like this is the time to be alive. This is the most important time in my life right now. It’s going too crazy, right now. A lot of that stuff got overlooked. Like, I be rapping some hard bars– like, even with my girl. I be rapping some old hard bars and she’s like, ‘This out? Is this out? When are you putting it out? You need to put that out.’ I’m like, this is already out. This, like, years old. That helps me understand that if I would have been patient and not trying to put all this music out because it’ll help me get to the next level fast.”

Do you think “Say Na” and Heartless would hit differently if they were released in 2021? Revisit the song below.