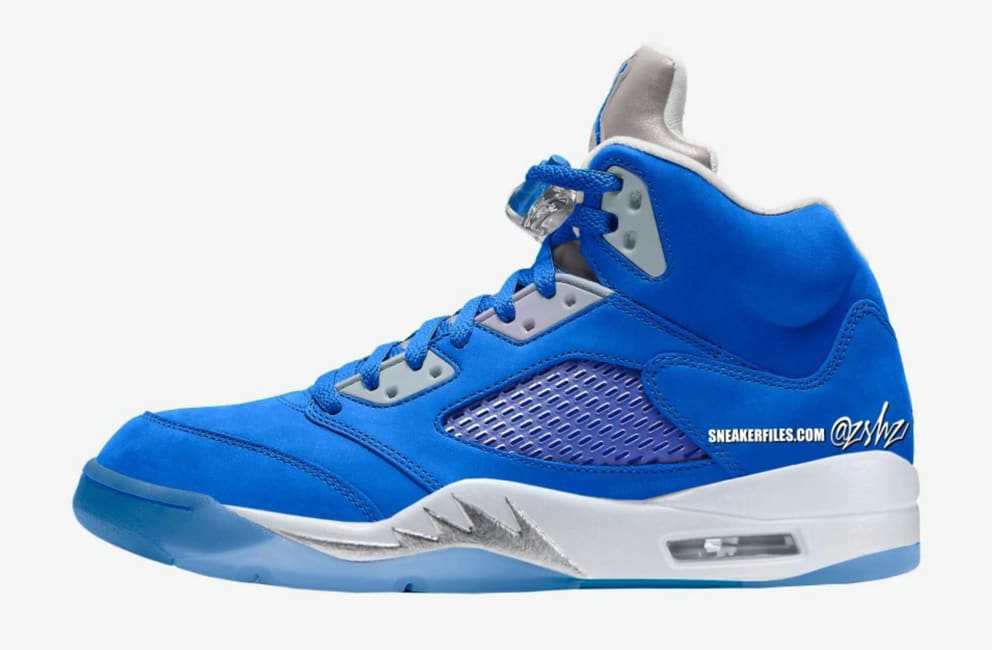 Looking ahead to what Jordan Brand has in the works for this year, it appears that a new women’s exclusive colorway of the Air Jordan 5 is joining the fall lineup.

According to DJ Folk, Sneaker Files, and zSneakerheadz, the Air Jordan 5 “Blue Bird” is on the release calendar for October. Given its far-off launch date, images of the shoe have not yet surfaced but the mock-up renderings shared by the accounts show a bright blue hue working its way throughout the upper that’s paired with metallic silver tongues, a white midsole, and a translucent outsole.

As of now, the women’s exclusive “Blue Bird” Air Jordan 5 is slated to arrive on Oct. 7 but the release has not yet been confirmed by Jordan Brand. Stick with Sole Collector for updates.