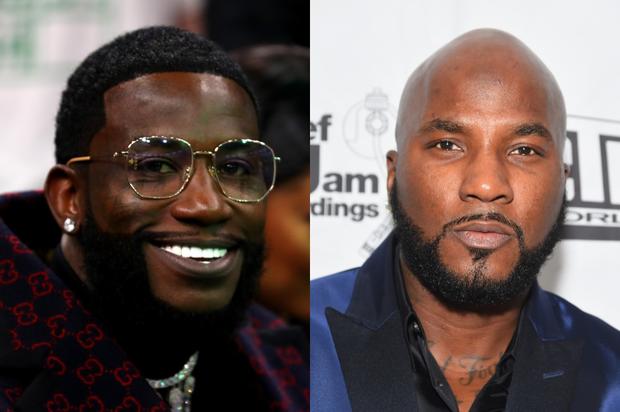 CTE co-founder Kinky B claims Jeezy lost respect in the streets after he and Gucci Mane squashed their beef.

It was a joyous occasion in the world of hip-hop when Gucci Mane and Jeezysquashed their beef in front of the world on Verzuz. Many rejoiced that two artists who many believed would never move past their problems came together to celebrate their respective catalogs. Peers, friends, and family congratulated them on their maturity but it seems that not everyone is apparently fond of the idea of the two breaking bread.

The feud reached a breaking point after the death of Henry “Pookie Loc” Clark in 2005. Pookie Loc attempted an armed robbery at Gucci Mane‘s home where he attempted to steal the rapper’s chain. Gucci fatally shot Loc and was acquitted of all charges after it was deemed self-defense. Of course, on the evening of Verzuz, many wondered if things were going to go left as Gucci stated, “Smokin’ on Pookie Loc tonight.”

The co-founder of Jeezy‘s label CTE, Kinky B, recently revealed to the Big Facts podcast his thoughts on the two Southern rap legends’ Verzuz. Kinky explained that the move to make a public peace offering to Gucci Mane cost Jeezy his credibility in the streets.

“That man, in the United States of America, any street n***a lost all respect for that man that fucking day,” he said. “He lost all his street credibility that day due to the fact that, I don’t give a fuck, when a n***a lose their life, man, ain’t no peace. They’ll never be peace. Never, ever.”

Full episode of the new Big Facts podcast drops this week. Check the clip out below.