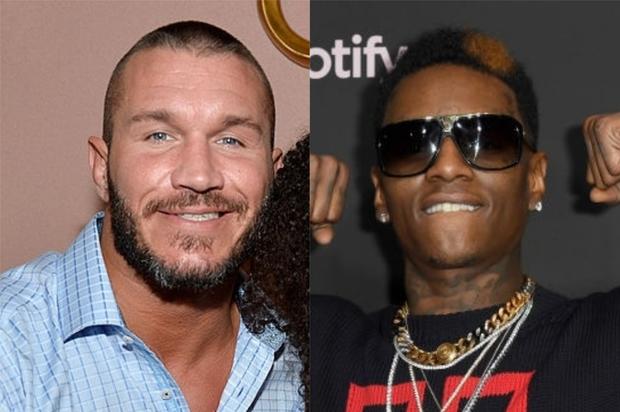 The beef between Soulja Boy and WWE wrestler Randy Orton is still on.

WWE wrestler Randy Orton is currently engaged in an on-screen feud with “The Fiend” Bray Wyatt but, on the internet, he’s been coming after a well-known rapper who seemingly has an interest in stepping into the squared circle. While Orton is scheduled to face The Fiend at WrestleMania 37, it’s possible that Soulja Boy might end up interfering in the match with the way the “Crank Dat” rapper continues to antagonize Orton on Twitter.

Big Draco took a shot at Randy Orton after weeks of their off-screen feud, calling him a “p***y” and a “b*tch”. Responding to one of the posts, the 14-time world champion felt like putting Soulja in his place again, dissing him and his manhood.

“My d*ck taller then you. Weighs more too,” wrote Randy in his response. “Go to bed you f*cking infant. You’re welcome for the boost. Go choke on a keyboard.” Of course, Soulja Boy had some words in his reply, going back to his often-used diss about Randy’s ring gear. “Bro you wear thongs. Leather thongs at that,” joked the rapper. “Stop the cap. My money taller than you. To be real I think you scared of me. All that talk I’ll smack the sh*t out u.”

With the way these two have gone at one another online, it really feels like we could be in for a Soulja Boy appearance at WrestleMania. Do you think he’ll show up to help The Fiend win?