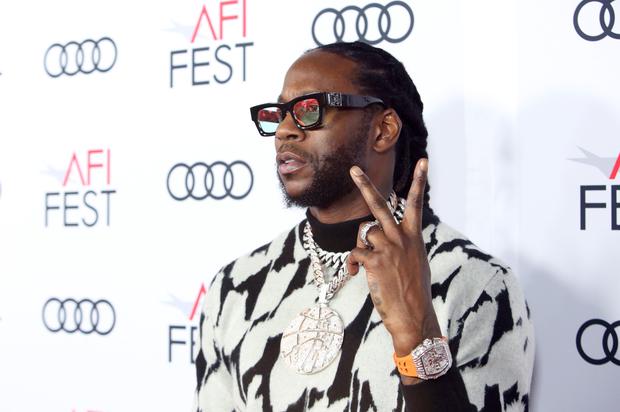 2 Chainz Tries To Buy Bootleg Copies Of “So Help Me God!” From A Gas Station

2 Chainz snickers as he spots bootleg copies of his latest album “So Help Me God!” at the front of a gas station.

Hip-Hop has a strange history with bootlegs. Back in 1999, Jay-Z almost ruined his entire career by stabbing Lance “Un” Rivera for bootlegging his records. Nowadays, it doesn’t seem to be as big as an issue for rappers as it once once, but if you’re ever stopping by a gas station, you’re definitely liable to see some unofficial mixtapes and bootleg albums for sale from some of your favorite artists. Yesterday, 2 Chainz witnessed it for himself, as a bootleg version of his latest studio album So Help Me God! was being sold at the front of a gas station for $3.99.

The video, below, shows the veteran Atlanta artist approaching the counter and seeing an assortment of CDs, and after flipping through a couple, an unauthorized copy of So Help Me God! pops up, prompting Tity Boi to start snickering. While the cover looks legit, the tracklist on the inside was actually grabbed from one of 2 Chainz‘ Instagram posts leading up to the album’s release, so it doesn’t even have all of the features listed.

In an unexpected turn of events, 2 Chainz asks how much the CDs cost, and once he confirms that they are $3.99, he comically offers to buy two copies. The video cuts off before we can see if the Rap Or Go To The League artist bought bootleg copies of his own album, but it’s funny to see 2 Chainz treating the situation so casually.

“I Legit Hate This Job”