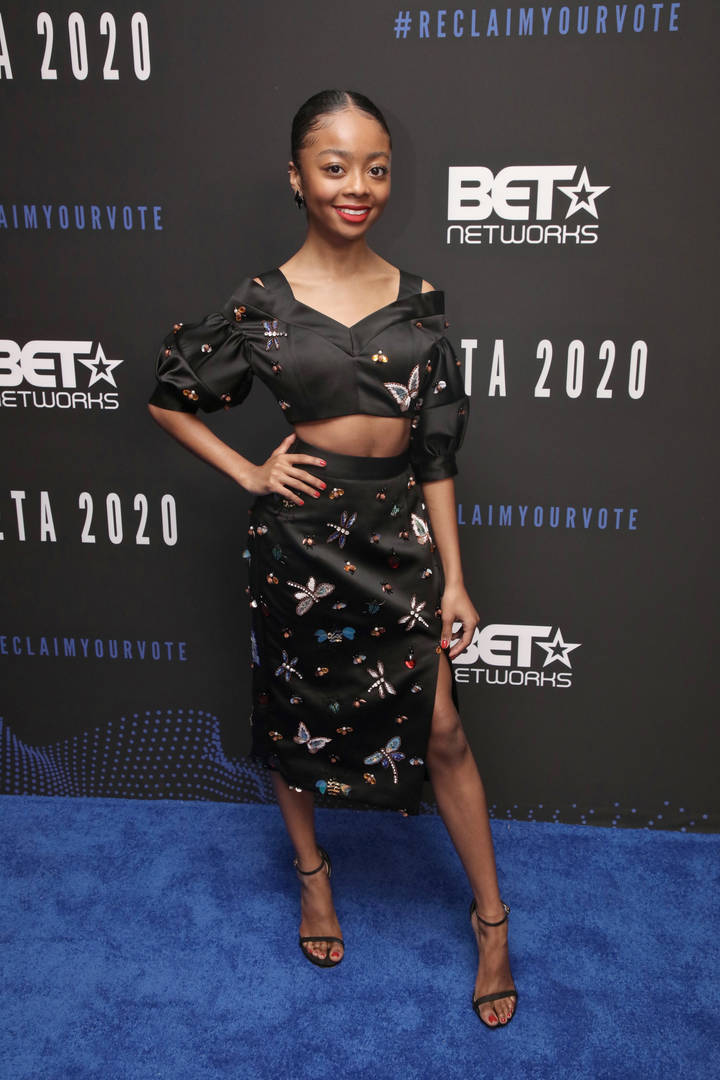 A TikToker says that Skai bullies 15-year-old Jodie, but in DMs admitted it was “allegedly” & she told Skai she’d remove the video for $3K.

Things got a little spicy for Skai Jackson after Jordyn Woods stepped forward in her sister’s defense. On Wednesday, a TikTok user named Mia J shared a video that suggested actress Skai Jackson was gaslighting and bullying Jodie Woods on Instagram by duplicating images that the younger Woods sister shared online. Later, Jordyn posted a video where she said she’s won’t stand for people “messing with my family” and noted that the person was way older than her 15-year-old sister.  Because Skai is only 18, some people speculated that Jordyn may have been speaking about someone else.

The Neighborhood Talk shared another series of screenshots that showed the TikToker Mia J telling Skai that she never said the information was factual. Mia suggested that she created the story because making money on TikTok is the only job she has. In response, Skai told her that this is false information and she asked for Mia J to take the video down. She refused and told Skai that she’d remove it if the actress could “match [the] price” that she’s making over on TikTok. How much? $3,000—or publicly promote Mia’s music.

Skai flatly refused because she didn’t want to pay to remove a video that wasn’t true and added that a minor was involved. Mia replied, “I didn’t know that it would even go viral but that’s how I make my money.” Check it all out below.

“I Legit Hate This Job”