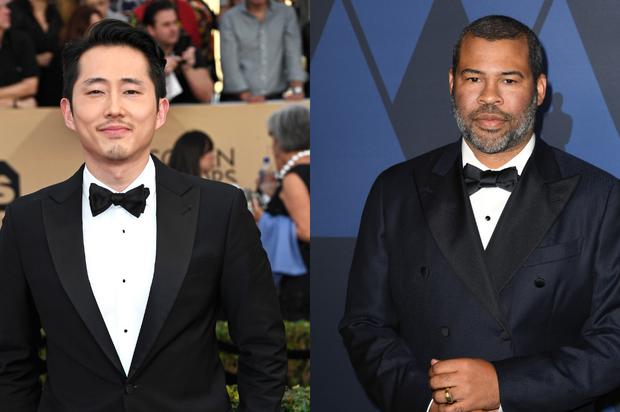 Steven Yeun was just nominated for an Oscar, and it seems Jordan Peele is taking notes.

Steven Yeun and Jordan Peele are two wildly successful men in Hollywood at the moment. Yeun was just nominated for an Oscar for his most recent film Minari and was made famous through his role as Glenn on AMC’s The Walking Dead.

Peele won an Oscar for Best Original Screenplay for his 2017 film Get Out, which received seemingly endless critical praise. He then followed it up with his 2019 film Us, which was met with similar acclaim. Jordan Peele also wrote and produced the upcoming remake of Candyman, which was supposed to release during 2020 but was pushed back due to coronavirus concerns.

Now, it seems Steven Yeun is being eyed to star in Jordan Peele’s next film, the premise and genre of which is being kept completely secret. What isn’t a secret is the cast, however, which is said to include Keke Palmer and Daniel Kaluuya, who starred in Get Out. Peele is both writing and directing the film, as he’s done for his other two, and it is currently slated to release on July 22nd, 2022.

The film is being produced alongside Ian Cooper of Monkeypaw Productions, as he has worked alongside Peele as a producing partner for his last few movies. Monkeypaw Productions is currently under a five-year contract with Universal, and this upcoming mystery film will be Peele’s third collaboration with Universal within this contract. While there’s no way to know what the film will be about yet, if Jordan Peele is behind it, it’s sure to be a winner.