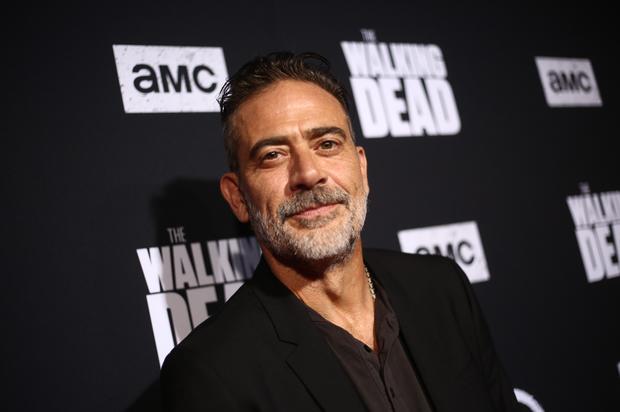 Ahead of the season finale for “The Walking Dead,” Jeffrey Dean Morgan hints at Negan’s origin story that will be focus of this Sunday’s episode, “Here’s Negan.”

This Sunday, Season 10 of AMC’s The Walking Dead will finally come to a close with an exciting season finale that explores the origin story of Jeffrey Dean Morgan’s polarizing character Negan. The episode will mark the last episode of The Walking Dead until the long-running television show returns for its eleventh and final season later this summer. In an interview with TV Insider, Jeffrey Dean Morgan hints at what fans can expect from the highly anticipated Negan standalone episode.

Throughout the exclusive interview, Jeffrey Dean Morgan hints at the flashbacks spread throughout the episode, and he also discusses what it was like to have his real-life wife play his Negan’s fictional wife, and the inspiration behind his iconic bat, Lucille.

“You will see the iteration of Lucille and how she comes to be — absolutely. And it’s a cool story. How the writers weave this all together is super cool,” he reveals, before touching on the dynamic of starring side by side with his wife Hilarie Burton. “It was one of the coolest things I’ve ever gotten to do in my career. She was so good. And thankfully, she works like I do. It doesn’t matter what we’re shooting, before and after they say “action” and “cut,” we’re idiots and can have a good time. I’m so proud of her I can’t even stand it.”

The Negan actor sums up the episode, saying, “If you’re a villain fan and want to know what makes them tick, this [episode] will do that for you.”

You can see Jeffrey Dean Morgan take on the infamous Walking Dead character‘s origin story when “Here’s Negan,” the Season 10 finale of The Walking Dead, airs this Sunday at 9pm EST on AMC.

Bernie Sanders Takes A Swipe At Nike And Phil Knight