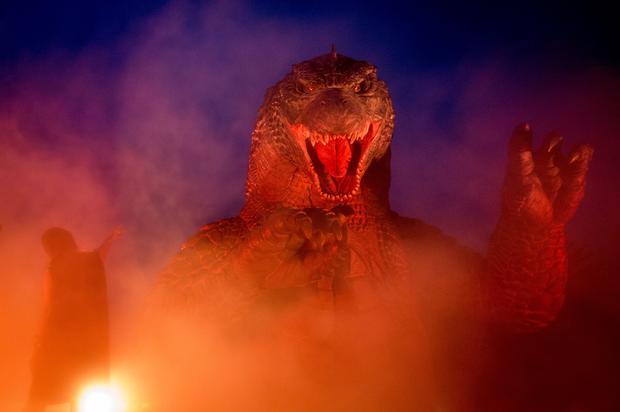 The monster movie is making money despite being on HBO Max.

Godzilla VS Kong is the best-selling film at the box office since the pandemic destroyed the theater industry. This is impressive as well, because you can watch the film on HBO Max as well. This proves that millions of Americans would still rather get the big-screen movie experience than debut the movie at home.

According to Deadline, Godzilla VS Kong earned $27.9 million in three days after an $11.6 million Friday at 3,064 locations. These are only the domestic numbers. The 5-day projection (the film debuted Thursday evening) for the Warner Bros. movie is $42 million. Comscore Senior Media Analyst Paul Dergarabedian commented on the big debut, stating, “the industry is roaring back as Godzilla vs. Kong‘s incredible performance should silence the naysayers who predicted that due to the pandemic and the resultant appeal of at-home viewing, that the big screen experience would wind up as extinct as a prehistoric lizard.”

Bob Odenkirk action flick Nobody takes second place with $2.78 million, while horror film The Unholy will lock down the third spot with $1.2 million. Marvel’s Black Widow and Warner Bros. Space Jam will be true tests on how many fans will flock to theaters, with both films also being released on streaming services. However, we’re sure both films will kill it and prove that the theater industry is back to stay.