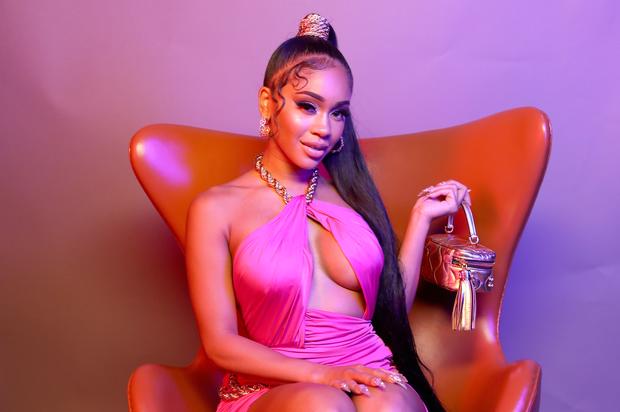 Saweetie and Quavo have been in the spotlight quite a bit since a disturbing video surfaced.

On Saturday, Saweetie showed out on her Instagram to give fans a taste of her brand new blonde hair. “new hair new number,” captioned the “Tap In” singer. The caption could certainly mean that she got a new phone number following her breakup with Migos member Quavo, but we can’t know that for sure. Saweetie stunned in a red fur coat and hoop earrings for the photos, holding up a middle finger for one of them.

Saweetie and Quavo made their official split last week after she accused Quavo of cheating on her, a claim that he vehemently denied. “I had love for you and disappointed you did all that,” Quavo wrote on Twitter. “You are not the woman I thought you were.  I wish you nothing but the best.”

The internet as a whole has been reacting to a video featuring Quavo and Saweetie for the last few days, one that showed them getting into a physical altercation in an elevator. While people like Akademiks called the behavior “toxic and abusive ASF,” others, like Adrien Broner, said that the altercation was the epitome of “black tough love,” saying he wants a relationship where the woman he’s with “might punch me while I’m sleep.” Intense.

What do you think? Was Saweetie purposefully trying to show out to make Quavo jealous, or is she just having a classic post-breakup makeover moment? Let us know your thoughts in the comments below.