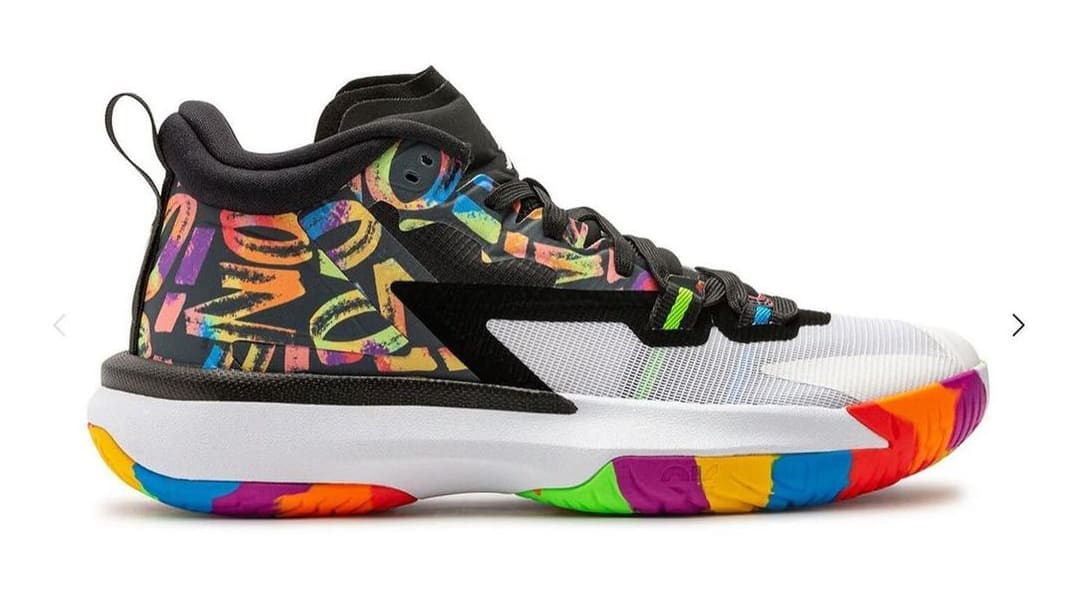 Although limited play from New Orleans Pelicans forward Zion Williamson this season likely hindered his chance of winning the NBA Rookie of the Year award, it may not have affected his odds of becoming a signature sneaker athlete.

According to DJ Folk, the rookie sensation’s debut Jordan model dubbed “Z Code” will hit sneaker shelves sometime in early 2021. However, given its far off release date, images of the shoe are currently unavailable. Not much time has passed since Williamson officially signed with Jordan Brand in July 2019, but he led the campaign for the unveiling of the Air Jordan 34 before eventually getting his own player exclusive colorways.

As of now, Jordan Brand hasn’t confirmed the rumors surrounding Williamson’s “Z Code” signature sneaker, but keep it locked to Sole Collector for updates as the story develops.

UPDATE (09/06): DJ Folk has provided more details about one colorway of Zion Williamson’s Z Code currently pegged for an Apr. 2021 release. Perhaps the most surprising thing about the shoe is that it will retail for an affordable $130, putting it on par with Russell Westbrook’s Why Not Zer0.3

UPDATE (04/05): Thanks to @solebrothers_ig, here’s a potential first look at Williamson’s first sneaker with Jordan Brand, the Jordan Z Code. As of now, the Jordan Z Code has yet to be revealed by the brand but expect additional info soon.