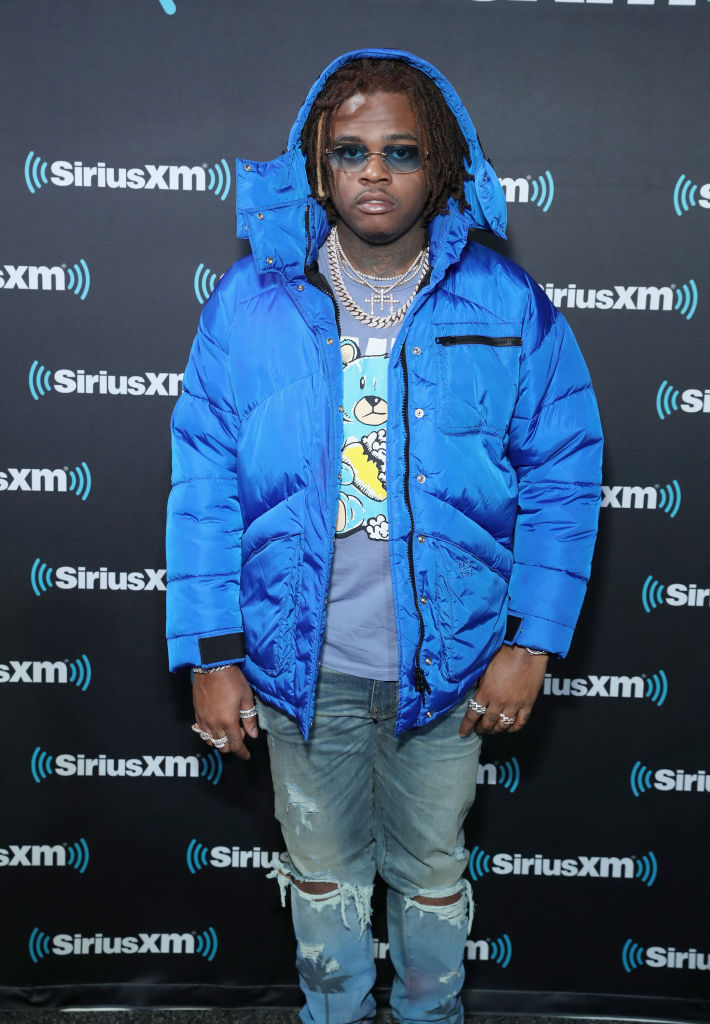 Gunna’s Lamborghini Urus was struck by an armored bank truck in an alleged hit-and-run.

Atlanta rapper Gunna should be thanking his lucky stars after he was allegedly involved in a hit-and-run car accident this week. According to multiple reports, the Drip Season rapper was driving in his beige-colored Lamborghini Urus truck when an armored bank vehicle struck him and drove away.

“Aye Brinks truck hit me and kept going. But I’m good tho,” wrote Gunna on social media following the accident. He also shared a video, in which the car’s damages are clear to the eye. The front driver’s side door is dented pretty badly and the backdoor doesn’t close properly anymore. Throughout the video, Gunna moans in a frustrated manner, knowing that his insurance is probably about to go up because of the crash.

Thankfully, Gunna does not appear to have sustained any injuries in the accident. It’s unclear what led to the crash, as well as which party was in the wrong.

Gunna has a number of different expensive cars, flexing an alternate color of the Lamborghini Urus last year with Lil Durk. While he may have to pay for repairs on the beige whip, he’s still got a few other colors that he can ride around in for the time being.

A few days ago, Gunna was spotted filming a music video with Don Toliver and Lil Uzi Vert, directed by Cole Bennett. Read more about that here.