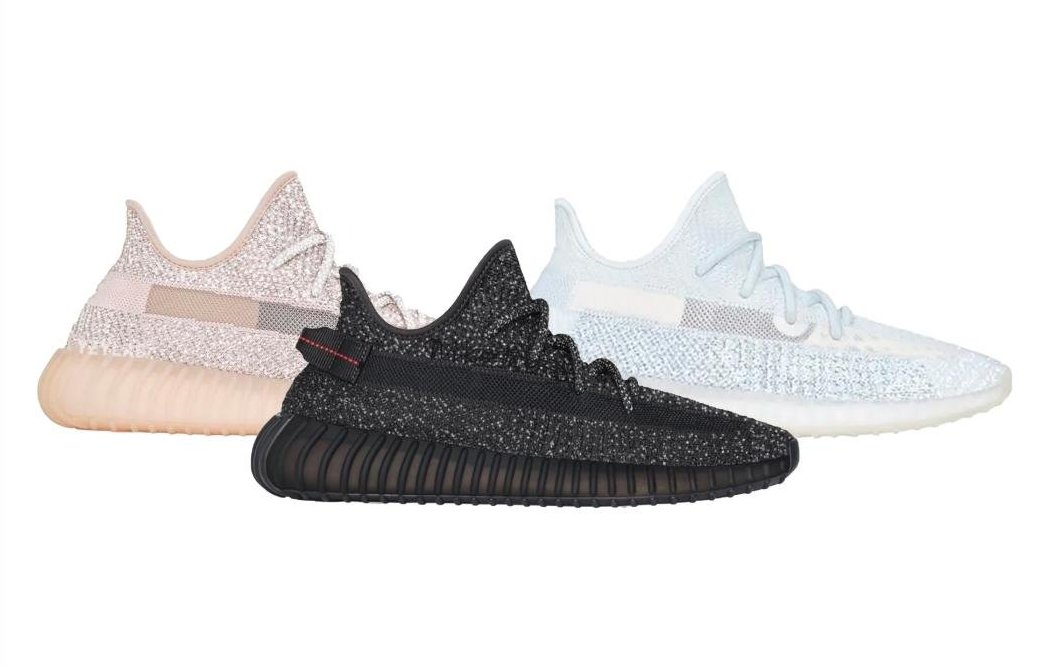 In 2019, Adidas and Kanye West added reflective threading to a handful of Yeezy Boost 350 V2 colorways, and now it looks like some of the styles will be returning this year.

According to @pyleaks, three of the original reflective Yeezys will be restocking soon in Black, Cloud White, and Synth. As their names suggest, each of these Yeezy Boost 350 V2 styles use the same colorways as their non-reflective counterparts, but add light-reactive knitting to their Primeknit uppers. The Synth and Black versions originally released in June 2019, while the Cloud White dropped in September 2019.

As of now, there is no indication that the non-reflective versions of these colorways will be returning too, but each of the three reflective pairs are reported to release later this year on Aug. 21 for a retail price of $220 each. Check back soon for an official confirmation and more details.

*LEAK ALERT*: This years ‘Yeezy Day’ will feature a restock of 3 of our favorite Yeezy 350 V2 Reflectives.

Which colourway are you most looking forward to?

If not these which other Yeezy’s are you hoping for to restock on this potential ‘Yeezy Day’ ?