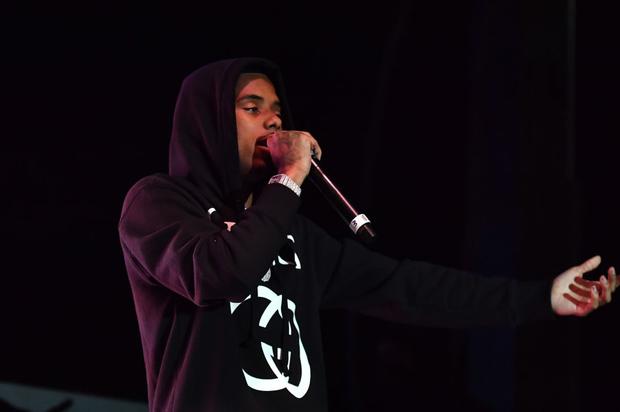 Pooh Shiesty Gets Platinum Plaque On Set With Gucci Mane

If every year has a singular breakout star, these early months have made quite the case for 1017’s own Pooh Shiesty. Though he occasionally finds himself embroiled in controversy, using his platform to antagonize his rivals, many have gravitated toward the rapper and his recent Shiesty Season mixtape. So much so that he’s already in possession of a platinum plaque, the first of his career, for the Lil Durk-assisted “Back In Blood.”

Having been officially certified by the RIAA on March 31st, Pooh Shiesty only now received a physical copy of his plaque, an experience he documented and shared on Instagram. From the look of it, Shiesty was on set shooting a music video with Gucci Mane when the plaque arrived, and he proceeded to take a few pictures to commemorate the occasion.

Given that the pair recently connected for an “Ugly” video, their lone collaboration off Shiesty Season, it stands to reason that the pair have something new on the way. Additional footage — including a clip that finds Shiesty bestowing the 1017 leader with an icy chain — can be seen on Guwop and Pooh’s respective Instagram pages.

“Damn Lil Dude Really Did It,” writes Shiesty, on the set surrounded by models clad in red and white attire. One, in particular, holds a sign that reads “The New 1017,” the same message emblazoned on Gucci Mane‘s custom basketball jersey. Don’t be surprised to see further news on this upcoming video to surface in the near future, and sound off in the comments if you think Pooh Shiesty is destined to amass a healthy collection of gold and platinum plaques in his collection.