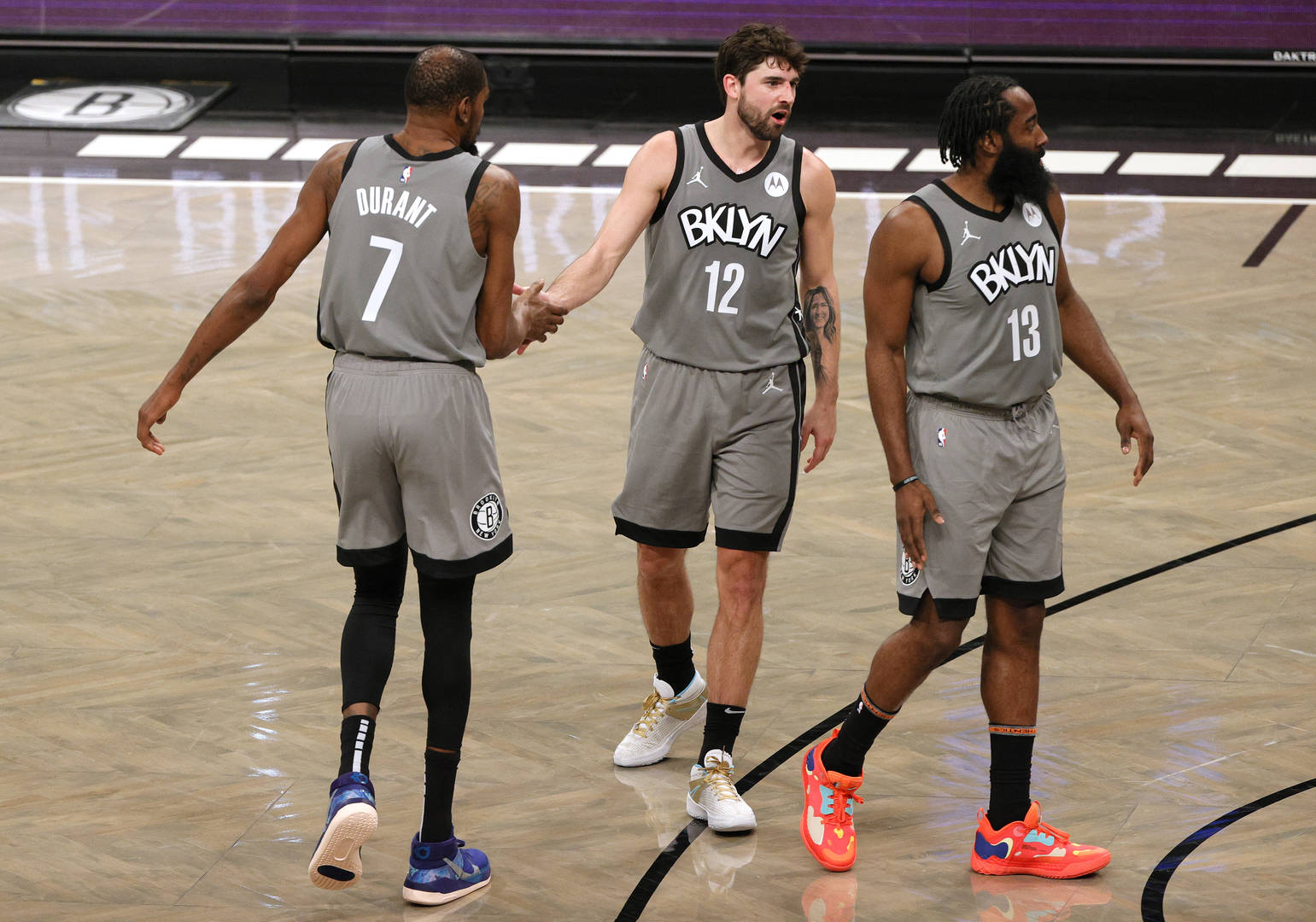 Kevin Durant had some high praise for his teammate, Joe Harris.

Kevin Durant has played with some incredible talent over the course of his career. From James Harden to Russell Westbrook to Steph Curry to Klay Thompson, and now, to Kyrie Irving, KD knows what a superstar looks and plays like. Curry and Thompson are two players that he was able to win championships with and as it stands, those two guys are considered to be among the greatest shooters of all time.

On the Nets, Durant is playing with another phenomenal shooter in Joe Harris. Harris has been in the three-point contest and when it comes to his play on the court, he is a certified sniper. While in Twitter Spaces chat with Bansky, KD was asked about Harris and he even compared the player to the likes of Curry and Thompson.

“Stephen Curry and Klay Thompson are the best shooters I’ve played with. Joe Harris is definitely right up there, getting there,” Durant said. While KD made note that Harris isn’t quite on their level yet, he is getting close. If you’re Harris, this has to be flattering and if you’re a Nets fan, this is equal parts exciting.

It’s no secret the Nets are stacked this year and if they keep this up into the playoffs, then no one is going to beat them.